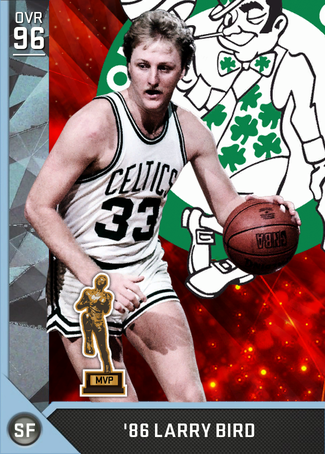 Gets younger players focused in on the game when they commit mistakes.

Bird is the Word!


Sometime during the 80's, Larry Bird was in Los Angeles for the NBA All Star Game. The cab driver picks Bird up outside his hotel, recognizes him immediately, and asks him where he wants to go.
"Take me to Venice Beach. I wanna play some ball"
So the cabby takes Bird to Venice Beach and as Bird steps out of the car, he tells the cabby to stick around and he'll see something good. The cabby stays and watches as Bird goes on to play 1 on 1 with anyone who'd challenge him for ~$20/game. Larry goes on to play until well after the sun goes down and absolutely DESTROYS every last person who dared to match up with him. Hitting shots from all over the court, taking people to the hole, just embarrassing folks and taking their money.
After the last game, Bird asks the cabby to take him back to his hotel. As he's exiting the vehicle Bird takes the entire wad of cash that he's won over the course of the day (which amounted to something like a few hundred dollars) and stuffs it in the cabby's hand and says
"Here, take this. Now tell everyone who REALLY runs this town".
That's where the story ends; but, the cabby goes on to tell me that prior to that, he was a HUGE Lakers and Magic Johnson fan. But after what he saw that day, Bird's been his favorite player ever since. No question.

This card is epic. I dropped 35pts with him on my first game on one of the miami challenges holy shit. The whole court is a hot zone for Bird.

Dang I really want to get this card ... I own the Amythst Bird and score 20-30 a game with him on limited shots. This card is a nice upgrade offensively.

Hes really good. I hope you can get him man hes so much fun to play with.

He will be good with a speed shoe

Houston u have a problem

Please help me with my lineup. Much appreciated
http://2kmtcentral.com/16/lineups/306435/current-lineup

This card is accurate except i would make the speed higher to 74, the steal up to 80, and the driving layup to 85

look at his driving layup

this is yusuf nba game is the best ever

I wonder what OVR this will get. Imo 98.

This larry bird is already in the game. so its not changing

On the historic Teams, if you look at the rosters. i dont think they will change it.. though they should

This card should be the best Larry Bird card. '86 May have not been the best statistical season for him but thats because he was on the second best team ever.

HINT: If you already have the Larry Bird from the BM, don't buy this card. Now, everyone I know will say, "Well know kidding you already have this card!" But there will be those people that buy him just because they want this card. It is not as good as the BM one, so don't buy it! If you don't have the black market one, DON'T BUY THIS ONE! Buy a different MVP card that probably is better than this one.

Lol, you can get this card fully badged for around 200k and the differences to the 750k BM card are very slim. I'd say don't buy this card when you don't want to shot much from outside or play him as PF, because the Amethyst card for around 60k may be the better choice. When you are looking for a top notch card for a reasonable price BUY THIS ONE!!

Yes. Have you seen him play?

Even though he was a bit slow as a player i think 64 is too slow, at least 70, 75 would be accurate, still slow but he wasnt THAT slow

DAMN -7 lmaoooo it should be around 72

Anybody want to donate some mt? I'd really appreciate it.