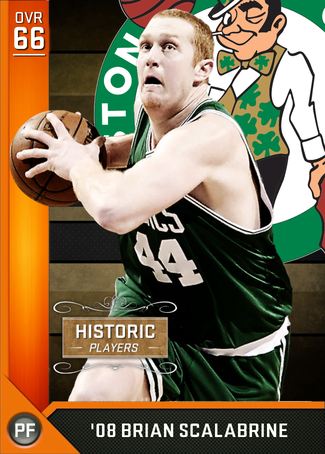 LOL I bet they did that on purpose

It's actually X-Files but hey that's just me...

Great timing, I'm back on the web from my "break"

I knew something changed lol

Still didn't work. Ian's comment may have fallen, but this cannot

what happened to ian's comment. i'll downvote on an alt

Perfectly balanced as all things should be.

do not disrespect the goat

His face says one word... RONNIE

U COPIED MY COMMENT FROM THAT TONY PARKER REWARD... IM SCHLEEP...

Shot IQ is on point lol

maybe he took 1 shot per game and thats why

Bronze? Lol, must be a glitch.

Seriously though, looks like he could be an awesome secret weapon in early gauntlet. People see his rating and would be like "LOL! Must be a joke, since it's Scal," and leave him open. Get him the ball and looks like he can drain 3's and mid-range. Don't quote me though, because I've never used him before.

Got him in gauntlet today and decided to shoot 3's with him lol, at least he can drain 3s

It's funny cuz he can actually drain threes.

cuz he so good

I'm not in the loop here what the fuck is going on here lol, why does this card have a 07' amthst and a 66 ovr 08'. Didn't watch basketball then and know very little about him.

He is a interesting player. He never really played. I saw him play when he was on the Bulls, and everyone cheered him on. I don't quite get why he was so admired but 2K received many requests for a beat Scalabrine card for a joke and here it is. :)

He wasnt that bad, he would hit some crazy shots sometimes(go to youtube and look at his top 10 career plays). He was not even close to being as statrter tho

No it's simply because he is the worst player of all time, and has a championship ring. People call him the GOAT because he sucked so bad, and so he has the bad cards that actually represent him, and the Amethyst to represent his alter-ego of being the GOAT.

Lol that's fucked the. Thanks though

Look @Jeremy9096 he was stalking you back then too

stop bothering me on my birthday.

When you downvote me, I downvote you, simple as that.

He was the Jordan player of the game in the first game he played.

He's imitating his opponent's face when he is subbed in.

"i guess we are lucky knowing that this blasphemous card just had the overall numbers upside down by mistake. phew" (looks at rest of the stats.) BLASPHEMY!!!!!

This guy's shitting on the court