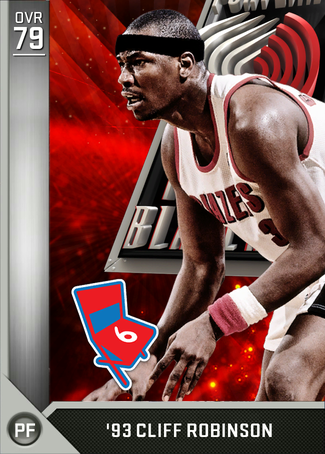 I got him in the packs and hes the best silver... Lets go...

I wish I got McHale or Harden

THIS IS BETTER THAN 92 C.J MCCOLLUM

Sooooo great for me in RTTP and Challenges.

cliff is from my hometown of Buffalo New York :D

he has more atrributes than reward tony parker

Super beast stretch 4. Can shoot and post up. Unstoppable as pick and roll or pick and fade outlet.

Easily the best silver PF in the game..

I got him in gauntlet before his card was released and he was a beast. When he came out I immediately lapped him up and made him my 6th man on my 3 gold team. First two games he was a great scorer (in the second game he was my leading scorer on the team, which has Lillard and Baylor) and that's mostly from dunks. If he's hitting his jump shots he becomes deadly.
Don't let his rebounding deter you. His vert and length lets him get his fair share of boards. Kinda like ruby Dawkins from last year.

This dude was a beast...