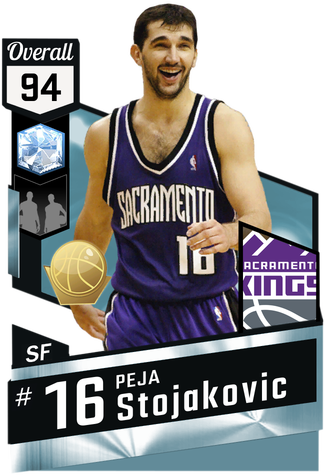 A beast from the outside

Laughing at the funniest joke ever

The Nets are laughing their asses off seeing that comment

Nets making a push for the playoffs next year little kid

Nah they will probably give all their draft rights to another franchise in order to get 2 veterans again
I feel sorry for you, Nets fan :/

You obviously don't watch us play. I can't wait for next season, Sean Marks is a great drafter and we have young up and coming stars along with Lopez and Lin. If we draft well and do well in Free Agency we can win 35 games.

Unless u know this guy personally, shut up. His life is Nba

You've got a franchise center in Brook and some nice assets but your front office is trash. You won't draft well because you have the 20something pick and nobody will come to brooklyn in free agency

Whatever. I hope you do well and get out of this situation as soon as possible.

dude that is the best joke i have ever heard!!! XD

Laughing at that standing dunk rating

Laughing at the Demarcus Cousins trade

Watch a kings game, please. It was the best move our franchise has ever made. Demarcus wasn't gonna bring us a championship, he's a centre that shoots under 50% and only plays defence on half of his plays. Even thats a stretch

I think it was the right choice to move demarcus, but you could've gotten MUCH more for him

How stupid do you have to be to say Demarcus isn't a great player. He's the only player other than Rudy Gay on the kings that would of even had a chance of bringing the Kings a championship.

Never said he wasn't a superstar, personally I think he is a gifted, versatile offensive player and when he 'plays' defence he's not bad. What I said was that the kings didn't have the assets, nor would ever get the assets to help him get us a championship. He's no Hakeem, no Kareem, he wouldn't be able to do it as the only star player. Now he is in New Orleans with another star and they have potential to get a ring, and the kings have a core of 5 (including our draft pick) young players that have a better chance of giving us a championship than Demarcus did.

Unnecessary comments to get up votes!

Not at all, just making sure people know the full story and don't just look at the trade on paper

The Knicks can disagree

This was probably him in '02 WCF lmao

is it sad that i actually laughed at this...??

Sorry bruh, I honestly didn't mean to copy yours man

Thanks man my bad

Laughing at the funniest joke ever

laughing at your attempt to copy the top comment...

I was agreeing with him not copying....salt?

how were you agreeing? u made a crappy attempt at his joke.. smh you are stupid

Tell me he created the phrase "laughing at the funniest joke ever" then you have a point ..but until then stfu eith insults cuz u not tryna fight

lmao haven't seen it on this site u moron

Still havent insulted u yet u keep on...why u so butt hurt? It'll be alright...your existense is appreciated by someone (hopefully)

u just insulted me lmao... hypocrite...

Lol...the disdain u have for someone u dont know is why i said hope someone appreciates u...but idc cuz like i said u not tryna pull up

He is laughing at the people who have his ruby card

Laughing at the calls in 02 wcf

that hairy chest tho

Most underrated 3 point shooter ever

The cheese this card is gonna produce

I remember when he played for the Kings. Even as a T Wolves fan I had so much respect for him. Well deserved card

Jesus Christ the world is not ready for this card

Bro, I wasn't. I had my team ready and was about to push through the leagues and then 2k drops him and I have no idea what I should do lmao

I'm just gonna pray I don't face him in MTO

I'm glad the he retired a champion

tf is up with that passing vision?

Good release? His release is ass it feels like 99 open 20 moving/off dribble

his release is money gg

Peja laughing at the pack odds to pull him.

Back in the day he was one of the better players in the league. A 6'9'' shooting with 99 3pt will be more op than ray ray in this game tho

when someone asks you about your former teammate's gm skills

Every Serb dream to have him on team

Omg.
He has a 99 open three, HOF catch and shoot, corner specialist, deep range deadeye and limitless range. He might even be better than Ray Allen threes

When he sees people say curry is a better shooter

laughing at the kings lottery luck

How niggas be looking when she say "wear a condom"

Stick him at PF and his Cheese Fryes 3.0

If I could spell his name I might of bought him

this is going to be the new yao ming

Is his release good?

a bit slow buit its cash

Thwy may have made it better

This card will be every rich kids cheesy card

When you see your team's trade decisions

If you have this card, you won't miss a 3 tbh

Can't wait to make a Greatest Show On Court lineup within and Diamond Webber. If only Jason Williams' Ruby wasn't expensive as shit.

Another good Serbian Player, next is 99 Boban Marjanovic

When the refs make another rigged call

I want him like everyone on 2KMTC, don't even try to lie

Why does he have to have limitless? I wanted to be able to afford this card aha.

Best card in the game???

Ths card is terrible. So slow, shot is not the same as ruby, the delay on his shot is crazy now

I want him at Diamond Drazen at my lineup going against Curry and Thomson.

So this is just a more expensive, worse j.r. smith? Pretty close to the same HOF badges, and j.r. gets boosted to a 99 3pt with amy lebron.

why would height matter for a spot-up shooter anyways? if you use him the correct way, he will be open and height won't matter.

He's laughing at the kids he goes against

When you know no one can stop you in 2k

Advice for my team please!
PS: I currently don't have any MT.
http://2kmtcentral.com/17/lineups/260611/current-lineup

http://2kmtcentral.com/17/lineups/903789/current-myteam
Advice for this myteam?

2K Please give him a dynamic duo with Diamond Chris Webber! PLS

This card is terrible. He can't get open

I sold him for ray Allen
http://2kmtcentral.com/17/lineups/784893/myteam
What about this lineup?

His card is correct. He played SF, never played SG that I can remember. I hate that 2K in game has him listed SG.

2k got it right, Peja was the best 3 point shooter ever, will this diamond be released in 2k18?

I pray I get a chance to play against this Peja, I will hunt him down every time down the court when Im on offense. Defensive liability in RL and in Game.

well this card is jesus christ on roids

you must be to young if you don't understand than, Peja is arguably one of the best 3pt shooters of all time he was deadly with those Webber,Bibby Kings squad