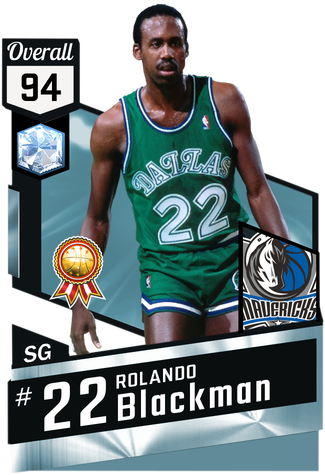 Better of got that from the starters

His duo should be Hassan WHITEside

The thing is that racism is discriminating or having negative behaviours towards someone because of their color. So me saying that his name has black is nothing against him, or black people therefore not racist. Go to school first kiddo

I don't think you understand the meaning of sarcasm. Not trying to be mean.

You got flat out schooled schoolboi

lowkey that sounded so racist

its not racist at all

im black how is it racist??

i said it sounded like. his name itself is racist hes a black man with the name blackman how does it not sound like that lol

How is his name racist?

Y'all don't understand what he means. It's not racist, but since his name is Blackman and he is a black man, it sounds kinda edgy if you didn't know what his name was

i understand how you think that's racist but it most likely is not from racist roots. because fun fact some slaves where given last names by white folks such as "negroeson" and blackman. but his name has not come to be known as "Blackman" from slave times.

i said it sounded racist not that it was

I love that draft diary

Greatest SG in mavs history and one of the top SG's of the 80's. Had a killer mid-range, shot over 48% in both the playoffs and regular season over his career which is crazy good for a 2 guard and helped take the lakers (Magic, Kareem, Scott, Worthy, A.C. Green) to game 7 of the west conf. finals in 1988. Overall was a very solid player, but doesn't get much love.

yo u must be really fucking smart to track someone, who no-one gave a fuck about.

He wasn't that good of a shooter. Especially when he was in Dallas, and if anything, his three should be lowered...

was he really this good?

how old are u

WHERE THE FUCK IS DIRK ? I AM TIRED OF ALL OF THESE WANNA BE HALL OF FAMERS THAT WILL NEVER BE LIKE DIRK

He shot 51% for his career? As a Shooting guard no less. That's impressive

How much does it cost do get him?

not that much. All i need is ruby terry left. and i got most of the cards i would say for a total of about 60. I sniped kidd for about 24.

Not really. You have to respect that 35% shooting, especially for a Black Man

Hoping for a duo with Mark Aguirre. This card needs a better 3, better defense, and better playmaking.

I call him Ronaldo

Hot zones from everywhere inside the 3 point line , decent athleticism and nice defending could Lowkey be a real nice card

I respect due to this man i never heard of but his stats arent deserved...but i did here these are like historic moments...which justifies sam cassell, z bo, and manu diamonds...but theory is off due to julius who deserves that

Manu won euro league title, gold medal, 4 nba championships. two Italian League MVP awards, 6th man of the year and in 2011 playing 23 mins a game, shot over 50% field goals and over 40% behind the arc, 87% free throw and averaging 13ppg 5 assists and 4 rebounds. Put some respeck on his name boy.

He doesnt deserve a diamond for coming off the bench...he's good for a ruby thats it...never in a 2k roster was he ever 90

???? a 2k rating does not solidify someone true skill set. He was coming off the bench for strategy.He came off the bench for a few years not his whole career. Dude shot 45% for his career and 37% from 3 ? with only averaging playing half the game.

Never was the scoring load heavy on him so idc, if he started he wouldve got destroyed on defense....jamal crawford better

?? Jamal is what more flashy. But manu average more rebounds double the steals and double the block percentage of crawford. And Manu shot 5% better FG and 4% better behind the arc than Crawford. Crawford averages 40% from the field bro ??? he takes a bunch of selfish shots. so manu is more efficient offensively and defensively.Not to mention that fact scoring is not the only statistic that matters in basketball, he averages .2 more ppg than manu, but manu averages double the assists. so please get your facts right before you throw out names.

Lmfao funniest post I've read on here. Manu in his prime was the focal point of the Spurs in the clutch. He carried them for several years during Duncan's offensive decline. He was insanely athletic in his prime and knew every move in the book. Manu for 2 years was Kobe with efficiency. During his peak he was the best SG in basketball and he was what 31 or 32 years old when that happened? Manu could have averaged 30/8/8/2/2 in his prime on the sixers this year in under 36 mins a game. He was unreal go watch some film on youtube. He's called the professor for a reason. Dude single handedly forced the league to change flopping rules.

Uhhh...dont put kobe & manu in the same category ever....& be realistic...he doesnt deserve a diamond...just like tony parker having the same overall diamond as chris paul...not factual...

I comletely agree with Parker assessment. Ginobili's career impact is just a notch below Duncan/Kobe. I place him on the same level as KG. A gamechanging talent that wasn't trascendent in the sense he could carry a team to the finals every year like bron. His best comparison is Harden with a lower useage rate and better defensive awareness. The only reason he didn't post gaudy numbers was because of constant injuries. His hamstrings have to be shot by now it's a miracle he lasted this long and then some.

And ginobli was never on allen iversons or Julius erving level duo why is he the same overall? I call bullshyt

Just read this after my other reply. I don't classify Kobe and Manu the same way. Kobe was Kobe there will never be another one exactly like him. From the time he joined the Lakers until his retirement he was the center of all Laker activity, lead he league in scoring, went through tons of teammates with a crabby attitude, and refused to accept a lesser role or pay as he declined.
Manu is the greatest international SG ever. He has the rings to prove it. He was an afterthought following the draft (late 2nd round) and had to etablish himself as a team first player before he could solodify a spot on Duncan's team. He was far more than a role player like Mario Chalmers in Miami. He was the Spurs #2 option on offense from about his 2nd season with spurs until the last Championship when at that point you could see a noticible decline in his physical skills.
Unlike your assessment I take into account Kobe drove hall of famers away, he drove off 2 all time great coaches. He became the most self centered player I have ever seen and worst of all he completely quit caring about defense. Manu never quit playing D he just got older and less athletic. By the time he was in his early 30s he already had numerous and reoccuring issues in his knees, ankles, and hamstrings which severly limited his minutes. When he was physically capable of playing an entire game it wasn't needed. Sorry but a balanced offense and defense wins rings not team offensive rtg or individual #s. They needed defense in the sg/sf spot over offense until Duncan's offensive decline and by that time they were both past their primes. Manu is several years older than Kobe with internation and Nba mileage and he's still out there schooling rooks. Give the man the respect he deserves

You obviously don't understand basketball. He is one of the best two way players to play in his era, and he helped shape the mavs into the team they are now. Blackman may not deserve a 88 three pointer. But he does deserve this diamond.

Oh I obviously don't understand basketball because I think someone who averaged 18 3 and 3 for their career doesn't deserve a diamond? What you just said is idiotic, he wasn't even a top 25 player in the 80's. His only accolades were making the all star team 4 measly times. How did he shape them into the team they are today? You're just saying things that simply aren't true. He deserves an 86-88 at most and that's genuinely accurate, consider the fact that 1986 Dominique Wilkins got an 89 gold card last year. He averaged 29 6 3 that year... I'll say this one more time he was a really good player, but he is the most overrated card this year compared to how good he really was.

any human with a brain knows the stats were boosted for collection rewards. the fact you spent your time writing a paragraph being a retard is amazing

Every year Nique gets screwed. And it's not all stats dude. Blackman was the first real star for the mavs and gave them an identity. He deserves a diamond. But Nique deserve a 95-97 imo

Lol Hes op trust me. In blacktop he got like 5 boards, 12 points, and 1 assist. Also played awesome D.

bro shut the fuck up yo have no authority