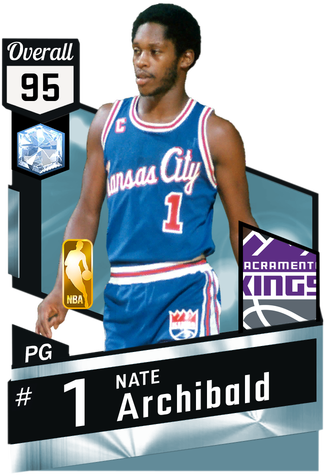 Alright so first of all i did this review for @Tmac_Attack. So when this card came out i checked it's stats and i knew i needed him to remplace Steve Francis (Steve is now my 2 guard). Nate is Great. so many people think he's trash cause he's 6,1 but he isn't! and for 40k, he is worth every Penny.

Other Comments: I call him Speedy Gonzalez. I used him with diamond Marc Gasol and he has even better. they really compliment themselves well.

Use if: You want an athletic playmaker, a do-it-all type of player who can take over at any time given the opportunity

Don't use if: You prefer having size at the 1 like magic or penny

Bottom Line: Get him, he is defo worth trying out, learn his release and you shall be ready to dominate.

Nice review again. Will def try him out

Alright, im happy i could help you!