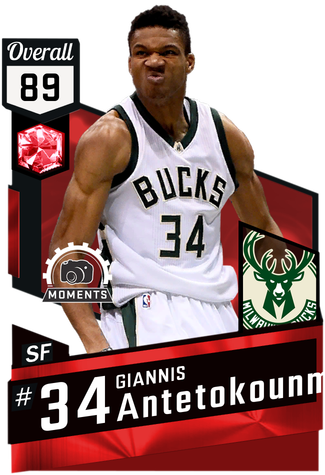 I was looking for a starting small forward but found a point guard god instead! I originally played him at small forward and he did great, but then I put him at point guard and he just became unstoppable. He is an absolute god and should be a must have that now you can get him for under 10k MT.

-Mid range scoring: Basically the same as inside, makes basically everything from mid-range with a 90 open and 85 contested. He also has such a nice release which is easy to use.

-Defence: Since he is 6'11 but quick, he can guard anyone of the floor. He gets steals and when I play him at point guard, he blocks everything! He also gets heaps of chase down blocks because he has such long arms. He also gets rebounds quite easily, but don't get him for his rebounding.

-3 point shot: He only has a 70 open three so he won't make a lot of them, but can make them in the corner and if he is wide open.

Recommended Strategy: Either drive on the opposing team and finish at the rim with layup/dunk. Also you can pull up from mid and he will make almost all of his shots.

Other Comments: He can play at any position on the floor, but I play him at PG because he just cheeses.

Use if: You want an all around god who just dominates the game on offence and defence.

Don't use if: You need a 3 point shooter.

Bottom Line: He is the best player in the game for under 50k, and you can get him for under 10k.