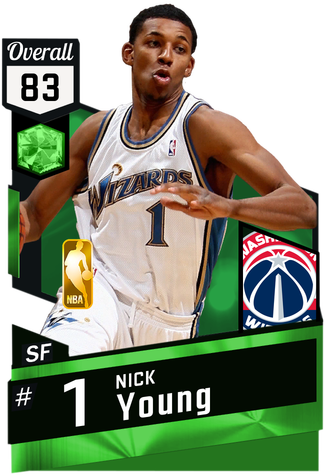 Recommended Strategy: "Abuse his silky smooth release on the catch and shoot, if he's got the slightest bit of room get him the ball, take defenders 1v1 with his great dribbling animations"

Use if: "You want an offensive minded SF who lights up the scoreboard and puts up solid numbers every single game"

Don't use if: "You want an all round SF who can defend and get boards or if you want a point forward"

Bottom Line: "Honestly really enjoy using this card, think he was well worth the 10K, I recently bought 88 Iggy, but before that I would have Swaggy P start over Sapphire Robert Horry every day of the week"

Using him for my current Lakers squad, running him at the 2 seems to work.

i use him on the bench as a SG