Banker's Top 13 of All Time 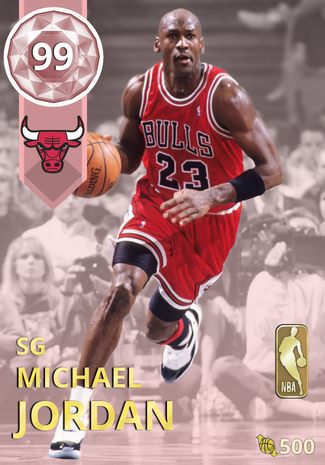 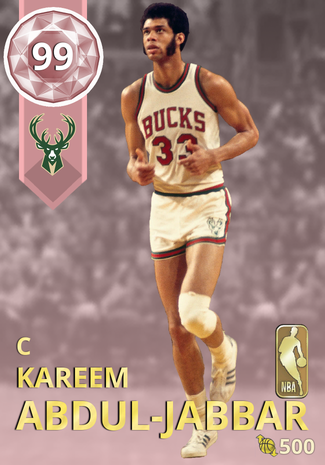 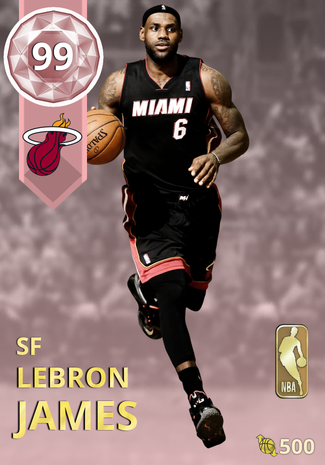 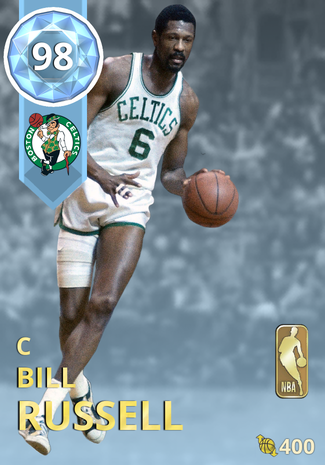 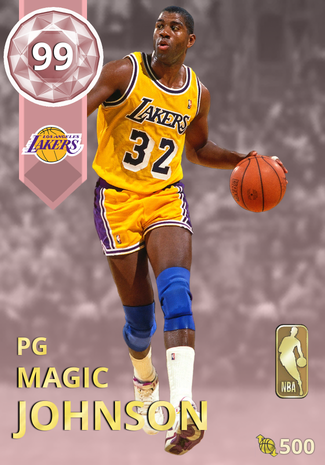 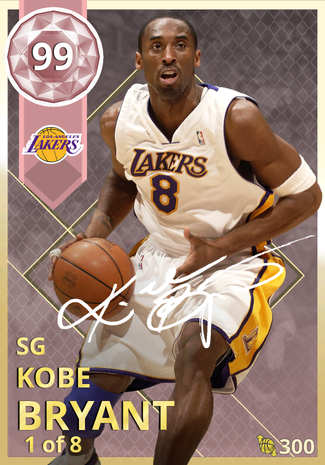 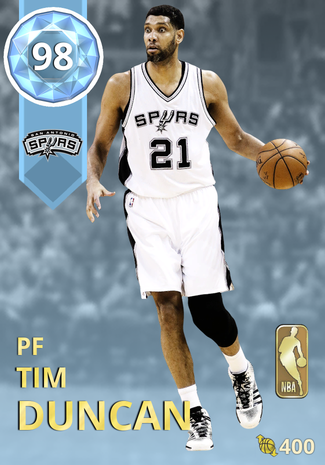 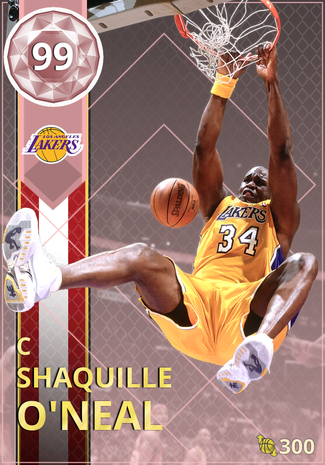 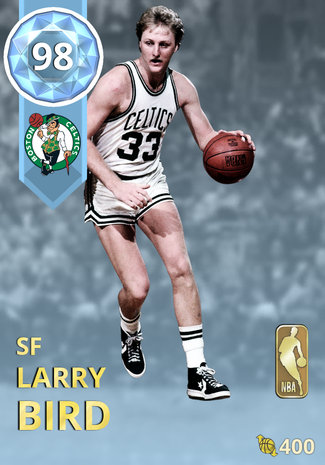 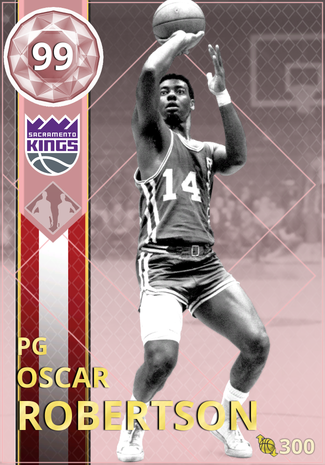 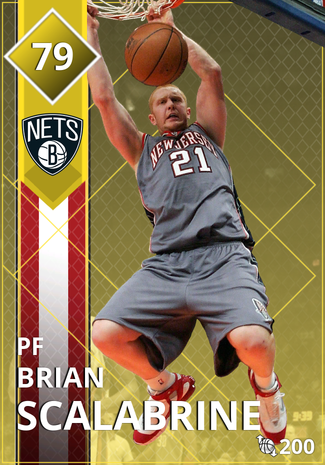 This has changed from being a Top 13 list to a "Is Bill Russell Overrated or Not?" Argument

You wouldn't say that to some 6 foot 10 black guy that could kick your assl, AKA Bill Russel @Mamba_1

LeBron is better than Kobe.

LeBron>Kobe its been fax for a while

Bill was so overrated

He would be good, he had tremendous athleticism that would make him good in any league he played in and he was an extremely smart NBA player who could command the paint and when experts watched the tapes they think he averaged 8-10 blocks per game. Just his court IQ alone would get him in the league nowadays.

ill Russell would fare just as well, if not better, in today’s NBA. Not in terms of statistical production—whether individual stats or team titles—but he would still be a better player. All of Russell’s greatest assets and abilities would be better utilized and trained in 2015 than they were in 1965.

Russell had flawless timing in terms of when to jump and swat shots. That was thanks to his natural jumping ability and his own memory of how opponents liked to shoot. With game film to use in 2015, Russell’s dedication to studying opponents would be enhanced, and the rest of the NBA would suffer humiliation at the rim as a result.

The drawback with Russell would obviously fall on offense, since he had little range on his mediocre jumper. However, Russell was one of the first players to use alley-oops. Imagine him as a Tyson Chandler type today: limited but still useful on offense and absolutely devastating on defense.

1. We aren't talking about giving him film and modern day advantages, we are using pure talent and we are ripping him straight out of the 60s and plopping him in a game
2. He was a great defender but also back his era there were no 3s so more shots were taken in the paint that's why he had so many blocks but he would average 2-3 today considering pace and the amount of 3s being taken now
3. He would play some sort of Tyson Chandler role, but is Tyson Chandler a top 13 player of all-time? No

Did you just say that Bill Russell would be a "defensive liability"??

I meant to say offensive

He could be a MVP candidate today

He is fast and has a great defending ability. Al he would need is a jumper and he would probably develop one given the way the game has gone today.

then how come his offense was always shit
this isn't how this works
we look at a player, see his abilities, and then we form an opinion
we aren't saying "if a player worked harder they would've been better" that's a what if and what ifs aren't arguments they are meaningless

OK, so here's my assessment of Bill Russell as he was in his prime

1.) Obviously an incredibly gifted defensive juggernaut who owned the paint and could use his insane vert and athleticism to send back any shots within his vicinity.

2.) He was a great leader who led a team to 11 rings in 13 years. He led a team of players without even leading in scoring.

3.) His offensive game was not absolutely trash, but left a lot to be desired. He would score mostly of athletic finishes and transition buckets.

4.) His dedication to the game was incredible and in the 60's he would change his defensive strategy every single game to adjust for who he was guarding.

5.) Even today he would force players who normally liked to drive or post up to get their points (LeBron, almost every big, and players like Durant and Kyrie would have to only score from the outside or risk getting swatted) and just generally just force teams to play from the outside which some already do, so this would be an advantage but not as big as back then.

6.) He would probably be one of the league leaders in rebounds even though now he is a bit undersized his athleticism would allow him to elevate above other players.

7.) He would play PF today because of his height.

1. He was a defensive juggernaut but he would still only get 2-3 blocks a game today

3. It was absolutely trash he had the field goal percentage of Paul George this year

4. Cool that goes for everybody

5. Your over estimating his abilities honestly nobody can stop people driving into the paint to that degree and LeBron would still be able to score on him

6. Yeah he would everybody knows that

he himself said that blocking shots alone doesnt make u a good defender.

they matter, when you're the best player in all of them.

again this obsession with making russell out to be a scrub offensively. he finished in the top 8 in assists 4 times from the center position. finished top 5 in FG% 4 times. he scored 15 ppg and 16 in hte PS. he's not an elite offensive player, but you are acting like he's Gana Diop. he's not.

@Billbert33 Where is he on your top of all time?

exactly that last part is my argument

His defensive abilities were unreal. hes the best defender ever, and he won 11 rings.

Bill Russell was the best player on his team when he won the rings. Horry was not

Wrong Wilt had rosters as good from 66-69

So u r telling me Ben Wallace is top 13 player of all time?

Do u consider Dennis Rodman top 13 all time?

Rodman is a worse version of Bill, but he would be just as effective today as back then

Bill Russell was better on defense, and just as good as a rebounder

Debate this on the other lineup linked on the sticky

if bill can rodman can in the 60s

bro scalabrine should be first #FAX

hell no on the bill russell

Scal nigga, plus the fool has Bill in his top 5 while Hakeem is #12

yeah the scal was obviously a troll but

Scal is the only troll, Bill Russell was good

He was good but not worthy of top 5, maybe top 13 but your overrated his ass fr

Bill Russell is the best defender of all time. @Mamba_1

are u trying to tag me? if so no i never stated that

bro your actually dumb. Kobe is trash Jack_Wendt is right

So you made an alt just to tell me that dumbass shit?

I only have one question to ask you, does Tupac KNOW you?

By the way i made my account before yours dumbass.

you know your terrible at arguments when you say kys to defend yourself. fucking little kid smh.

lmao you are upvoting yourself now? damn u bum fr

lol. you know saying so what is admitting what i said is true and you just threw the white flag and i'm just fucking around with my friends. your a meme.

that literally made no sense, you ain't shit, i seriously don't know who the hell you even are but jump off my dick fr

iamjam7 17 minutes ago
bro your actually dumb. Kobe is trash Jack_Wendt is right

Mamba_ 16 minutes ago
So you made an alt just to tell me that dumbass shit?

*Sees that the account iamjam7 was made March 31st*
huh

Where the alt at tho Mamba

lmao the site creator is in college

that's a fucking lie, and kys

Lowkey he did make his acc before you

Bankers, don't be talking about retarted people. You have the worst top 13 all-time and then try to back it up, with Wilt arguments, did you see him play???

he could have an alt from a long time ago lmao

No, Jack_Wendt was made way after iamjam, we all have 2kmtc accs just I am the only one who uses mine really

we are all friends at school right now

we've been trolling ur dumbass

i keep messing up today
but here's an article on why bill is overrated cause I'm done arguing everything: http://bleacherreport.com/articles/441840-bill-russell-an-overrated-nba-legend

he did make an alt you can tell as they talk the same...

i bet i get no response too lmao

bro that was a fucking joke obviously. I was mocking you and how you think your cool bc you got like 200 likes on a shitty comment. This is probably your life

Damn you fr, like trolling on niggas. This ain't my life trust me, I literally just come here to talk shit and debate

Scalabrine I think should not be on the top 13 players of all time even though they call him the goat.

you 'think' no scal is terrible