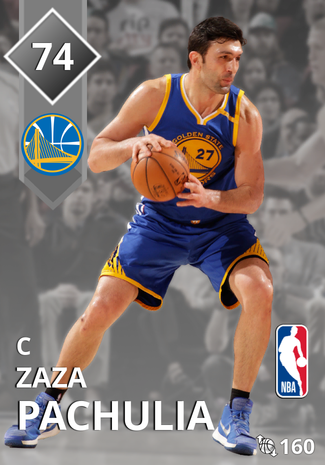 WHY THE FUCK IS ZAZA A 74 AND EVAN FOURNIER WHO AVERAGES OVER 17 POINTS 3 REBOUNDS AND 3 ASSISTS IS A 73.

Because this man is the georgian god. This guy is the only person who strikes fear into the mysterious magician kawhi leonard. Leking nope, The Chef nope, Mr Mamba nope. Only the mighty Zaza.


Zaza is the real MVP.

YEA, EVEN THOUGH I'M NOT A WARRIORS FAN

Where that HoF ankle breaker at?

such a shit card

such a shit player

He's tried killing so many people, first Kawhi, then PG and Russ...

Next will be Harden...

The only reason zaza is in the league is because of his height. He has no skill at all

actually he won't, I could beat Zaza 1v1. Only advantage he got is height

As much as i despise him (as a spurs fan especially) he made it to the nba due to a good defensive game. While height factors in to him making it. He made it because of skill defensively.

never said I was 7 FT

You said thats the only reason he is in the league

I didnt, I said his height is the only reason I would lose a 1v1 against him

He has freakish athleticism that just looks bad next to some of the most insane athletes in the world, like most NBA bigs he can kinda hold his own defending the perimeter. If you think I'm wrong think back to the time when he injured Kawhi. Firstly his defence was good enough to force the perimeter shot and his contest forced him to miss it (the injuring was after the shot). He is one of the world's best rebounders and you would not touch the ball once you miss. Being in the NBA makes him look bad, but he's one of the best basketball players in the world and if you think you could beat even an NBA benchwarmer, I'm sorry, but you're wrong

passing stats should be way higher

Remind me how these stats add up to a 74 SILVER?

Everyone can be a dirty player but if you are just completely ass at the game then you should just quit playing entirely.

are you mad or something

deadly from hustle and boxout!.

damn u a bitch

this man is the reason the warriors are champs