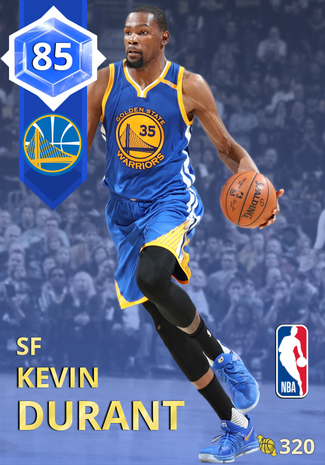 Actually not a snake

If they made him 6'11 it would just be too overpowered

mad respect for this guy. you don't have to like him but you have to realize that he was amazing in the finals

say that to his face

Say Lebron Sucks to his face. When you do give me a call and I will head to the ICU asap

Not saying LeBron>MJ, but how is not even making the Finals for your first few years better than losing but still going almost every single year??

BECAUSE LEBRON IS TRYING TO BE A HERO ON THE CAVS

but i dont think lebron sucks

Prople with troll usernames can formerly be trolls but aren't anymore

They should make a new acc

That's technically against the rules

He should be around 80/81 for first release KD. His shot isn't too hard to make this year though. You just can't throw up wild shots with him unfortunately. Mid-range is money though.

just like 2K17 they are going to have multiple versions of KD as he balls this year. But I do agree that they should start him of at the mid 80s

Oh trust me he can drain 3s just fine

Probably yeah, but Lonzo has a 79 three... cmon

Yea especially for that shot in game 3

that was the point

Why does KD have lower handles than Lebron, PG, Giannis and 40 year old Manu?

I mean, PG is the only one in that list that has worse handles then him...

"He won a championship now, how are you guys gonna still hating on him?"

We were hating on him cuz we KNEW he was gonna win the championship from day 1 lol. Don't get me wrong, KD was an animal in the Finals but it doesn't make up for him (and Russ, I won't be biased here) choking against the team they should've beat. You can respect his game, and respect the Dubs for signing him (can't hate a franchise for trying to build the best possible team), but hate on his decision to go there. Damn near everybody hated Bron's move to Miami, so I don't know how you same people can sit there and say "KD is making the best move, good for him." But my favorite part is how KD keeps trynna claim that he's "unaffected" by the hate, yet he's out her constantly replying to hate comments and constantly bringing up that he just had to "DO WHAT I HAD TO DO." He's a great player, but he just doesn't have the same competitive drive that Kobe, MJ, most of the guys before the 2010s, and a few players today (Westbrook, Lillard, etc) have. I always like asking Warriors fans how they'd feel if KD teamed up with LeBron and went to Cleveland instead (disregard cap space and all that) and they all say "I'd respect his decision, why would I hate that?" LMAO get outta here y'all have no self awareness. Again as a Warriors fan you can like KD, duh he's an amazing talent, but it's ok to admit that his move to go to your team was weak

KD's move to the warriors is not nearly the same to LeBron's move, LeBron left a situation where he had absoutly nobody on his team, playing over 40 minutes a night, while KD left, Russ and Ibaka.

*Oladipo
He didn't have Ibaka anymore

Yeah most non-biased NBA fans know KD's move is a lot worse than Bron's. I hated Bron's move at the time, but he had way more reason to leave, he just didn't go about his leave well (leaving his hometown, having the welcome to Miami party, etc) but especially now I understand why. He had NO chance there. KD had a 3-1 lead and we all know the story after

Y'all thought the Cavs would win shut up. All I heard was the warriors will choke and how LeBron owns LeBron and steph, and how kyrie owns curry. Y'all shudve never made 3-1 jokes. Karmas a bitch

*how are you guys still gonna hate on him

Nah KD had better stats then LeBron in the finals in every single stat except rebounds and assists. Plus LeBron led the finals in most turnovers

Kevin is a snake

Skins is a faggot

what have i done?

u r a faggot

75 three ball is a little low

He maybe a snake but at least he's not Zane

why is everyone mad at zane

thank you
I thought this would get upvotes

People are still calling him snakes? People need to grow up and realize that this wasn't a bad decision for him...

Yeah every superstar should just join one team and then they would win a ring every year without any competition.

im not saying that. I'm saying that he knew that his team wasn't probably going to win (and he gave them plenty of years to do so)

Most superstars won't win that doesn't mean they should all join the same team.

exactly, he even got a ring for it

was really hoping for a picture of a snake

are you a comedian?

Once a snake always a snake

It's a grown ass man's decision. Get over it

Get over me calling him a snake then.

your logic is that of a 6 year olds. and if you disagree with me youre proving me right.

If i disagree im proving you right? It's not the Thunders fault he went to the team that he blew a lead to

They dislike but they scared to type

can y'all stop calling kd a snake. that was a year ago and yall still mad?

Meanwhile they PG and Melo will destroy them lol

This man is easily the best sapphire in the game

I have him on my team on 2k18 legend gold

Claims he doesn't care about the hate. Uses alt accounts to defend himself on social media.

Soo when Will we have the real KD instead of his Short brother?

you cant hold LeBron to the standard age for player primes. He isnt part of the rule, hes a freak of nature.

The most hated player in NBA history has overcome all of the hate comments to get his first ever ring. Can y'all respect that?

No, in fact, I can't. I hate Durant because he ruined my favorite game for the next 2-3 years. You know how long that is?

So KD wins one ring and the NBA is ruined. But LeBron plays in the weak east and makes the finals every year since 2011 and you praise him

But you just called the east weak, that's means theres no respect to lebron. And I hope you know teams like the Celtics,Bucks, and maybe ven the Heat could beat them.

It's not the fact the KD has won one ring. What I'm saying is that KD ruined the NBA because he joined a team that was already good. Plus, his contract doesn't expire until 2019 so, it's basically 2 easy rings for the next two years.

I RESPECT IT, he just want rings aND BECAMWE best nba player and he will win 3 more rings while lebum chokes

FINALS MVP, he didn't take part, he did more than his part, congrats CHAMP

can they freakin get the height right? He's like 6'11-7 ft. I would've played him at Center

15 downvotes on this card show how cancer this site can be get over his decision.

Them KD 10 Finals tho

I hate KD just as much as the next guy, but it's been a year now. Just let it go

congrats kd most disliked card on the site

Litteraly the cringiest comment I’ve ever read on this site.

take total attributes and divide them by 48, that is his actual overall

SSSSSSSSNNNNNNNNNNNAAAAAAAAKKKKKKKKKEEEEEEEE
Russel westbrook is way better without him!! He averaged a triple double as soon as he left! coincidence? I THINK NOT!

Who tf downvoted this?! This is straight fax

Rather fuck a teddy bear than be a KD lover

Rather suck a cock than listen to you

You mean joining the rival team? I love how everybody forgets that OKC was up 3-1 in the WCF. And Durant choked. He shot around 30% for Games 5,6, and 7. So he just decided to take the easy way out where he know joining GSW would guarantee him a ring.

ggolden state stand the fk up

KD > LeBron
Don't reply to me. Just respect the fact that it's true.

That's an L. KD is a phenomenal player, and legit competes with Larry Bird and Elgin Baylor, but Lebron is just on another level.

sike you thot that