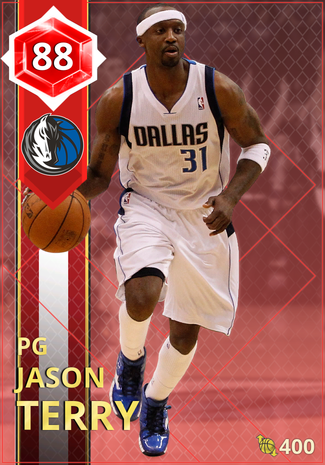 Fast&Best Shooter in the GAME

Not what i expected

But is he as good as Rex Iflexonmyex Chapman ?

I have this card, he is literally the best offensive card in the game, his release and dribble animations are amazing

how do you get this card?

For little babies who like to bitch about other people's comments while dissing past games for no particular reasons while sucking the lazy copy and paste dixks of 2k: here it is
Step -7: hug and surround your mom's leg with your tiny arms (you know, the one that hasn't been dead for months)
Step -6: beg her to loan you the "good girl" bonus 2 months in advance so you can go buy the regular edition 2k18
Step -5: insist that you will do the lawn and the dishes for the coming year so that she can drive you to GameStop which by the only legal transportation device you have (legs) is nearly unreachable before the end of time
Step -4: go ask a staff to get you a 2k18 because you haven't completed JK yet to be able to read letters let along numbers
Now complete step 1 and 2 by the guide above with the care and assistant of your mom
Step -3: go ask your dad so that he can spend most of his daily earnings for you to put virtual coins onto the account (the one that hasn't been dead for months)
Step -2.5: beg him if he doesn't want to
Step -2.4: suck his dick if necessary
Step -2.3: if that doesn't work suck the dick of a GameStop owner for a copy.
(Why did I write this you clearly don't know decimals yet)
Step -2: open up 2k packs and sell players and stuff out of them to get mts
Step -1: convince your dad that the 10k J.J. Barea is enough to justify the 100 dollars it was an hour ago before the pack opening.
Step 0: get slapped by your father (again, the one that hasn't been dead for months)
Now you may proceed to step 3.
(P.S. if you can't beat the Nets off of regular domination with this card, don't worry, that's perfectly normal

Not normal to lose to the Nets in regular domination, but the rest was accurate. Really nailed it, great job.

Just got him took awhile to find a seth curry on the auction house...

how much MT did it cost you?

who is better for the price - him or derek fisher?

definitely this mans better. fishers better playmaker/defender but for offensive purists hes the way to go. go dominique for an insane slasher

Fucking hate this salary cap bullshit. Can't even use my fucking Jason terry

lol what are u talkin about? Just used him in second round along side with Artest, Camby, Scott and Al.

I'm mad because I gotta use fucking silver cards in my goddamn lineup because the salary cap bs. All current gold cards are now200. Emeralds are 280. Now I can only use the shitty court vision Brandon Jennings and kemba walker. I'm hell salt . And I'm not spending hella VC for AI. IM ALMOST DONE with historic domination and I'm gonna use the shit outta penny Hathaway. Hella iso's and pick and rolls.

The only silver card i use is Maker and u dont have to use VC to buy Al, if u almost completed historic dom u about to have ~200-300k MT.

And also, you have to spend vc on packs anyway.

no, i got tonns of MT from Domination, i dont need to rip packs, ill just buy player from auction house

Yea if you want to buy pricy cards now. I'm waiting for tmac to come through in the throwback packs. Once I get him, he's my new starting pg

Naw fam. Once I get penny hardaway, it's game over. His dunking and draw could are godlike. Unroll they have a no salary cap rule, I'm gonna have to find the cheap players and try and win off that

Yea, but for a emerald, Tyson is not that good. A good duo is Seth curry and dork nowiztki. Dirk gets a major shooting boost and has a 97 fade away. So you know he's finessing down low. Just run a 5 out with him. Surround him with Jason Terry, Seth curry, melo and porzing-god. Even though they're both 200 a price, but put some shooting shoes on em, and you're golden pony boy

This card is so underrated

What pg or other player that will play that poaition good you think is the best at ruby color?
I thought about him,fisher and lin.

Wow he shoots lights out, amazing card to play with!

cheap and a beast. I WILL COP THIS

I compared all three and here is what I think.

Jason Terry is hands down the best shooter out of the three.

Fisher can shoot but isn't even close to the Jet, but he has great defense unlike the Jet.

Lin IMO is the worst, but is really the higher overall since his playmaking is the best.


I'd pick JT for that speed ans shooting.

Maybe the best shooter in the game. very smooth jump shot animation, regularly gets perfect releases. Totally worth it to get the Mavs collection for this card