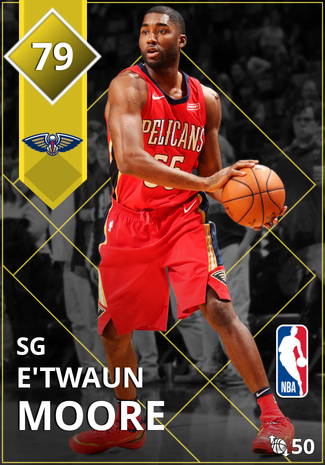 When there’s one pizza left in the box and you can’t help but...

dammit i was about to make basically the same joke

TF why do I get 2 downvotes for that

what the hell i'm done

i'll give upvotes to

Budget beast with that 94 three ball

Where the hell is a damn Kris Dunn card?

In his dreams. Just like his offensive production last year.

I assume you haven't watched him at all this year?

So you haven't watched him, is that what you're saying?

That is in fact what I'm saying. I concede that he probably deserves a Moments card, however, there's no guarantee that 2k will actually GIVE him one.

Thank you. I appreciate your ability to logically discuss something. This doesn't usually happen on 2kmtcentral. Honestly, there are only a select few, on this site, who can do what you just did.

No problem. I tend to feel the same way actually. But then again, I don't know every user on the site. Most just say kys when they disagree with you.

That's why I'm not that active on this site. I created my account December 9th of 2015 and after 3 years I only have 1,759 total comments written.

It's fun the more active you are. Most users are good people here now, and a fair amount of them have decent opinions. "Kys" has kind of died off unless it's about a completely ridiculous opinion.

Yeah I've met some cool people on here. But most(not all) of the OG's are high on power because they were the first people on this site who were active that weren't young people and didn't sound completely ridiculous at first. Now, since they were here before most people, they think they're entitled to run shit and that nobody else's opinion is correct. Outside of this website, they have to deal with level headed people who can actually argue in a reasonable way and probably(maybe they do, I don't know them) don't have the "power" they have on this site that is populated by little kids who don't understand the ins and outs of social interactions. You can usually tell when a user is on the younger side and, unfortunately, instead of helping to grow the youth, they mock them and create bad experiences for some of these kids. I'm making it sound like that happens all the time and I acknowledge that it doesn't, but it's way too common for the social interactions on this site to be good. For that simple fact I can't stay active. Sorry I just kind of went on a rant lmao.

No man, that's EXACTLY what I would say. A few OGs aren't that way of course. But I could definitely handle my own against anybody on this site when intangible measurement systems like comments and upvotes aren't involved because obviously I don't have those numbers.

Even in those situations you can talk logically and let them know that comments and upvotes in no way prove any type of superiority. But, from what I've seen you talk about, you're most likely someone who's older and could defend yourself. I don't know if I could say the same for all these little kids.

That's certainly true. Although, it's hard sometimes to determine between young kids with unconventional opinions and trolls.

didn't both teams score over 70 in the half? That's pretty crazy

2k should have given him a emerald for that game

It was a good game all around for the Pelicans. Just couldn't finish it off. Jrue is on my fantasy so i'm happy

he had a career game

where is the respect, the boy got a 70 on his normal card, look at his percentage dawg.

94 three ball for a gold is nice