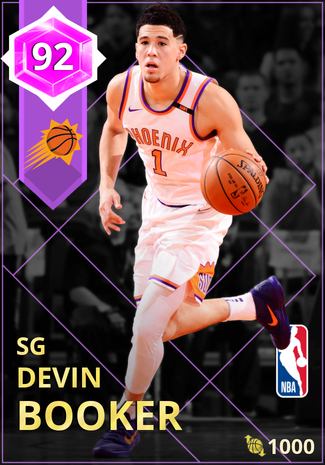 When you're username is Lebron Sucks

when you're a grammar nazi

I'd rather be a nazi than a retard

When you are named after facial hair

When you reply to old comments hoping for upvotes

Lonzo: is primarily a passer, and point guard and is on a better team than Booker's, can play both offense and defense pretty well, can pass, rebound and score sometimes, but pretty inconsistent at scoring, can play great defense, especially for a rookie point guard.

Booker: is a one-trick pony, can only play offense and can't do anything on that end but things that pertain to scoring, on a worse team than Lonzo where he is the primary ball-handler, is in his 3rd season

I think we all know who is the better player between the two.

The Suns were just tanking, NOT Booker's fault.
And anyway I think everyone on this website except @LavarBall247 knows that Booker is better

That's just because they're told to believe that.

ur wrong in everyway

not nearly the most, up there tho (sadly his dad never cares about anything)

Mike Korzemba: THE NEXT KOBE!

Even more Mike Korzemba: 5 STORIES FROM THE LOCAL CRACKHEAD THAT PROVES DEVIN BOOKER IS A TRASH TALK GOD

when you are a retard named after facial hair

His season this year has been so damn underrated

he said he was goig to be loyal to phoenix

HOW MIKE KOREZEMBA"S LAST NAME WILL BREAK THE NBA!!!

I wounder how his carrer will go down, I think he'll be an amazing season, probably already allstar if in the east but will he move teams? will Pheonix become great?

He aint the only one carrying the team fellas... yall sleepin on TJ

I wish they kept that 70 point card that was nice

I feel like that dunk should be 75 at least. I mean, he had that nice dunk on Ryhno himself. I'm glad Booker has decent enough defense. This card should be fun to use.

Weird seeing a young Kobe in a Phoenix jersey

The goat who dropped 70

have a shoulder injury carrying his team on it

booker's face is me when i get the test results back

his release is trashhhhhhhh fix that bum ass release

He really needs some help with his team. The whole team is on his shoulders