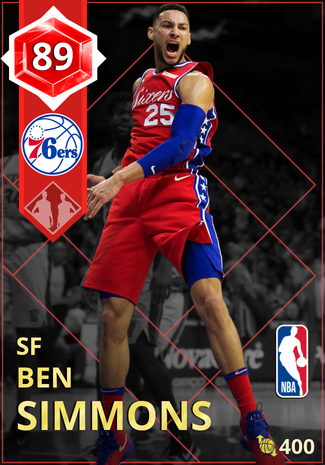 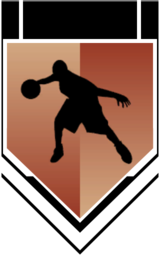 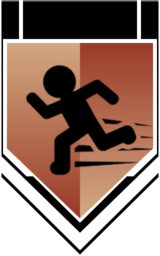 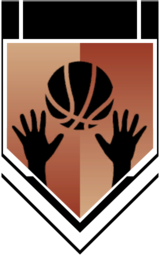 THE GOD OF ROOKIES

As Good as you'd think

ok, we're not at school bro

Welcome to the internet with grammar nazis everywhere.


Download Grammarly if you don't want to get shit on.

did i say we were

nobudy cares shut the fuck up

congratulation, simmon need to be plural

didnt know you were a douchebag

You probably don’t even know what that means kid

wait what? last time i checked 'congratulations', nor 'simmons' need to ever be plural.

he literally said simmon has to be plural im out

just looking back at these, u stupid lol

honestly, i dont think anyone cares

7 people do supposedly and you had to comment soooo....me 1 you 0

And he STILL gets snubbed

Drummond got snubbed. He definitely should have made it over Al Horford. Simmons has tougher competition at SF in the east. Antetokounmpo and Lebron? How can you put Simmons over one of them

@Wall4Pres Al Horford is the most underrated C in the NBA. When he was in Atlanta they were a great team, now in boston the team is still winning even with just 1 star.

@vikasgames94 @bathroom123 The team was nice in the postseason and all time I wouldn't say Al Horford would be better than Drummond in the NBA either. Also Andre Drummond is averaging 15 boards a game, a few days ago he had a game where he dropped 30 points, grabbed 20 rebounds and had 6 steals. Andre Drummond is the best rebounder in the nba (IMO) he is able to grab offensive rebounds which some centers don't excel at and who is saying he is not a better teammate than Al Horford. His job is literally to grab the rebound and put the ball back up, he's got your back unlike having a center like Al Horford, if Al Horford is underrated then how come he isn't a star on the celtics to you? @vikasgames94

I would take Horford over Drummond everytime. He's the perfect teammate and is effective from outside 3 feet of the basket on both ends of the ball.

I am looking at stats for the all star game. I don't care if your team is winning or not

@Chriscusack12 You really compared Olajuwon with Drummond? @bathroom123 I still think Drummond should be an all star over Horford but saying Horford doesn't deserve it is stupid.

Horford plays very different than any C in the NBA now. People think Boston is a great team. They shouldn't even be top 5 team in the east. Most people were bashing Kyrie that he couldn't win anything. He's doing a great job in his first year as a single star but now people are realizing Horford is also a star. They are playing a rookie and a first year with a flopper and Rozier to win games even Baynes is playing good. It's not because of Kyrie alone there's Horford too who is running the offense in many possessions.

Simmons isn't a SF. He's a PG. The Sixers run him at point and he was voted in the backcourt section. It wouldn'tve been a snub if he were a SF, but it's a snub bc he's a PG.

LeBron and Giannis are PF this year

Who are SF's this year then?

Uhhh no, Drummond did.

they was trying to avoid the cheese

if hes running the offense and playing point then hes a PG, who he is gaurding doesnt mean much

Damn. His primary position should be PG tbh. That’s where he’s getting most of his minutes

Finally us Aussies have someone to be proud of!!

I love Bogut but he never lived up to his potential due to being really unlucky with injuries, Simmons is SPECIAL though.

Are you kidding me? if u watch Celtics games there are sometimes segments were Baynes quizes teamates on Aussie slang and other Australian things and Kyrie never has a clue. He Lived here in Kew, Melbourne until he was 2 and he rejeted to play for our national team. He is not Australian!

Yeah, I didn't know all of that, I just knew he was born there.

Kyrie was only born in Australia, he lived in Jersey. We calling Steve Nash South African now?

Rookie of The Year

they just played pubg together lol

Let's take a moment and appreciate matching jerseys with his ruby and saphire cards, same with Embiid.

Gotta give 2k some credit. The card art this year has been SICK.

Even his silver card matches with the jersey.

Ben Simmons with a midrange LMAO!!!

This man can play basically all positions! ROTY

If youre talking about jumpshots he doesnt take ANY shots XD

Ik, so it should be higher. He realizes he's not a good shooter, so he makes layups. Shot IQ should be 80 at least

I wouldnt pick this card up unless its really cheap

How would this 89 Simmons card have a lower contact dunk then 89 Donovan Mitchell? Dude has a way higher vert and how many times do we hear Mitchell dunking on people as much as we hear Simmons doing the same thing?

How did he grab so many boards with Drummond averaging like 14.

damn what an overrated FT rating

why does he even have a 3

Now I could have a second giannis coming off the bench

wasnt saying its not fair literally. im a simmons fan since LSU

IK THAT I WASNT BEING LITERAL

If he gets back* He looks bad. That's actually an understatement. He looks awful. He has 0 confidence and his shot looks like Charles barkleys golf swing lol. I read somewhere hes a huge dirtbike guy and there was speculation that he injured it in an offseason accident. I believe it

If he's that good like rookie, how good he will be in 2-3 years?

those jerseys are lit as fire

This cards been out for a few hours and not single comment has more than zero up votes...

The Bulls managed to allow 11 rebounds to him... in the first quarter

The next Magic Johnson!

I hope he win the MVP award in the rising star challenge so we can get an Amy Ben Simmons. Last year they gave one to Murray so hopefully Ben can get one if he wins

Anybody else want to earn a card off of my Bulls?

gonna be crazy good the next decade

He plays at PG

Lol who was RIGHT HATERS!

the prince is here

because he hasn't hit a 3 all season

why is this getting downvotes lmfao

cause he's good at everything except shooting