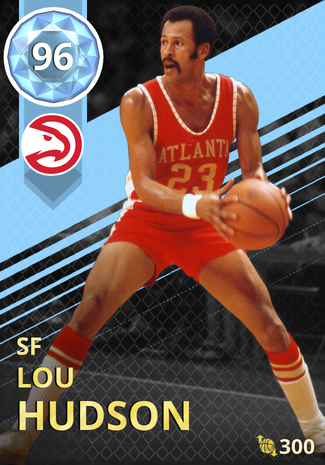 R.I.P. to the legend himself

One of the best mustaches i seen

have you EVEN seen titanic

That's not entirely true. While the block rating doesn't have much if any effect on if you get the block or not, players with a higher block rating are less likely to be called for a foul on shot contests than players with a lower block rating. That being said, it seems like this year the difference between the two is minuscule, and stats like vertical are far more important to actually blocking a shot.

Because the combination of his height and vertical make him a blocking machine. Block really only matters when rim protecting, and again it just lowers the chance of a foul being called on a successful block.

Who remember in 2k17 when his diamond card came out? Memories right?

RIP to this legend

This man dunks on everyone

why he look like the guy that raped me last week

One of the greatest hawks of all time, that's who

Mediocre diamond. Supposed to be a shooter but doesn't even have 3pt plays... A bum