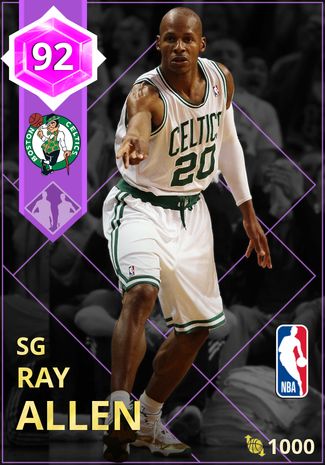 hopefully hes cheap, this card is a monster

He will get one for DPOY

gobert is more trash than the emoji movie

Right. 2nd Team All NBA and DPOY finalist two years in a row. Call me when you do it

first of all i never said i could play in the fucking nba but when you look at the context of all nba players how is he not trash he has no offensive iq cant set good screens no post moves no shot doesnt dunk on anyone and honestly can you give me 5 examples of plays where you've witnessed him defend someone well. cant rebound that well and since when did being a better than average defender with no offensive game dignify respect in the nba. rodman shut down 7 footers like shaq at 6'7 because he played good defense. oakley basically just beat the shit out of you but it worked. same with drayman green same with iguodala who are these guys defendending and those awards are voted on by writers like skip fucking bayless its not like people are researching or watching film he got lit up by curry and has done nothing this season worth even mentioning so shut the fuck up

You're a fucking retard. No offensive iq? Tell me why he finished top 5 in offensive efficiency last season? Screens? Top 3 in screen assists. Look up Rudy Gobert dunks dude, he dunks on a lot of people. Can't rebound? Since when does 13+ make you a shitty rebounder? Defending? Name one 7'2" player who can defend 6 foot guards like Curry or Kemba. He's a post defender and a rim protector. That would be like dogging on Steph cause he can't rebound. That's not his fucking job. Just cause he can't shoot, that doesn't matter, he still will give you 14+ on any given night, he had a 20/20 game last year. You think it's a coincidence that the Jazz won over 90% of their games since he came back? You're obviously a fucking idiot, who has never watched a Jazz game. The sheer retsrdness of your comment makes me think you're just trolling. He's a 2x DPOY finalist, and trash players don't make 1st team all defense and 2nd team.

rudy gobert is trash and gay as aids thats a fact

Do you even know what basketball is? Sounds like you don't

the random cold zone just to be like "fuck you ray"

I think 2kmtcentrals glitched because that cold zone is either always cold or is normal when it should be a hot zone, the card probably doesnt actually have a cold zone, the site just shows it wrong

The websites been like that all year, that same spot from midrange is always wrong, so I doubt its gonna be fixed since the glitch has been going on this long

It better be. Of all people, why would Ray Allen have a cold zone?

His duo is Jayson Tatum?

99 three ball with that driving dunk on an amethyst? BUDGET BEAST!!!

YESSSS ive been waiting for an amethyst ray ray. One of my favorite players ever and definitely my favorite shooter

where is his god bucks card? Im actually really triggered that he doesn't have one by now!!

greatest corner shooter and only has Gold Corner Spec...

DAMN, LOOK AT HIS LEFT CALF!!

Too many playoff moments to keep track of...

This mans nickname is J Shuttlesworth not f-ing sugar ray

This card is basically a diamond with 99 three HOF limitless and all his other badges.

you can buy his diamond under 100k.

RIP Everyone who got the diamond Ray Ray