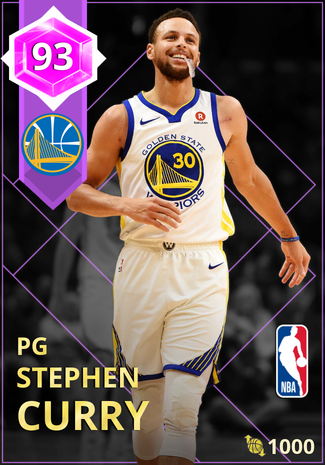 _*Ok, so I'm editing this Stephen Curry review because all you guys say is negative comments. I don't care if you say trash sht about me every single time. You're like, hey everyone, this is a fake review, oh this guy is a 10-year-old, which I am, and he gets his computer taken away by his pictures. You can throw all that trash-talking at me, but I do have this Curry. So I bought this Curry for 350,500 mt. So you guys are wondering, oh, didn't this fag said 100,000 mt. I did, you can call me a f*ckin idiot in the comments section, but I don't care. I got into a supermax game, and Curry went off in his debut.

Weaknesses Rebounding: One of the things Curry tends to struggle with is to rebound. The reason why Curry can't rebound is not only there are players that are taller with him, but the fact that he always jumps too late to grab the board. The only time when Curry can grab rebounds is when nobody is in the paint and already running down the court to either score or play defense.

Strategy: One strategy I like to do with Curry is come off a pick, pump fake, and then shoot the three. You do this by first getting a pick from one of your teammates, then let one of your other teammates pass the ball to Curry, who is running, and pass it to Curry. Then Curry has a little bit of room to pop the three, so Curry pops it, and I get a green light.

Other Comments: " I run him at point guard because he is a good playmaker, three-point shooter, and a good defender. I recommend only running Curry at the two if you only shoot mid-ranges and threes with this card. "

Wait, hold up. So, this is how people doing card review now? I'm done

NIGGA ARE YOU MADE OF MT?

Of a card you don't have

Also who tf is Curry this is Jessica Derzan

Why would your parents take your game away for posting a screenshot of some pixels ?

you realize that you have spent over a million mt on players in 2k18. not to mention that you packed 2 diamonds and a bunch of other cards...

if you actually had the cards

This is a great review, Jessica Derzan is a seriously underrated player who needs to be recognized.

This site is such a mess without any mods lmaooo

You really have too much time on your hands.... Writting all these fake reviews must take you hours even if they are just some type of in game fantasy. I actually feel bad for you. Try to do something else that actually makes sense ;)

only been out for about 40 minutes...

if your mom took away 2k for 5 months how are you comparing curry to t-mac...

Lol if they saw u post a pic of a fucking screen on your tv they would take you nba. The moment I read that i didnt bother reading the rest. Fake review

At least make it believable smh... man comments the same shit on every card

Ayo I feel you man
DW Its a nice review!
You actually showed his positives and negatives

that curry seems wet, ima try and pack him

U know what i dont get? How ur parents take away ur computer for posting a picture but dont take it away for saying the f word and being racist

One pack bro y choff curry is mine.

Better stop cursing before yo mamma slap yo frail ass

Nice Review! Can you please please PLEASE do a review for emerald Jabari he's my favorite card!!!

Ok. You guys think I'm lying right? Then you know what? Then I might leave this website.

This is a fake review.

This is a fake review

This is a fake review. You are a disgrace to the 2k community. If you just post pics then people would actually believe you.

Bruh you have some problems

I love this review