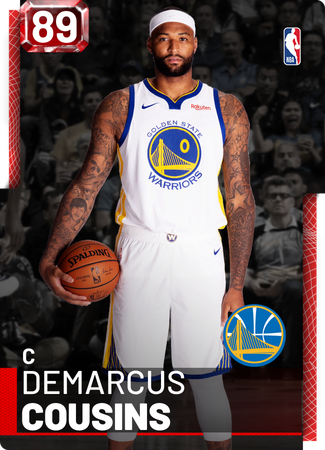 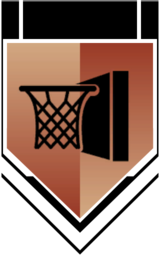 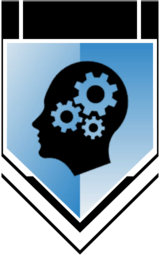 Dont look at the downvotes

Stop stickying your own fucking comments you upvote whore

just a question, what is stickying(my bad i know im a noob)

It's where you put your comment at the top of all other comments regardless of how it's sorted. Us users can only do it on our lineups, but mods can do it on any page.

nobody likes you, gtfo

You can see that by scrolling through the comments though

yeah but you can't miss it this way

Thank you for reminding all of us bill

let's disect what you just said.
1 -"I wonder what he was thinking" - well, he...wanted a ring.
2 - "the best center in the NBA" - before the injury, yes, after... probably not
3 - "the most stacked team since Bron's heat" - The most stacked team after this years GSW was last years GSW.
4 - "that contract" - I doubt Boogie will sign a five year deal after making the decision to win a ring with GS this year. If he plays well enought o still be considered in his prime, he will want to experience where he fits well, and if it doesn't work for that year, he will get good money offers some where else. all of that is assuming he will even leave GS.

it was 63 mil. he chose to sign with the best fucking team of all time talent wise for 5.3 mil despite the pels offer

Golden states is starting to look like a Zoo.
They got dunkeys, snakes and now a bitch.

Why's his steal so low, he stole KD's signature move

ahhh thats a good one

Watch your mouth DeMarcus is gonna beat you if he see this stuff talking trash.

Stfu you wouldn’t say that shit in front of Boogie at all.

Giving his career more value does not mean making one of the most disrespectful moves in NBA history...

Idc about how LA will go v GSW lmao, unless they have injuries ik we gonna get our asses whooped. I'm just saying his decision is on par, if not worse, than the one KD made.

tbh worse, and I am a thunder fan

Get a championship, complete the ultimate death lineup, do whatever tf you want the next year cause your on a one year deal sounds pretty good to me

You were correct until the death lineup part. Yes it's everyones dream to play alongside some of the greatest players in the game, but there is a reason no one has done it before.

I mean it’s essentially their death lineup, but now all 5 can shoot extremely well 4 of those guys made 2+ threes last year the other made 1+

I think Boogie will end up being the 4th option, which is insane to think about

Right? A guy who had 27 when healthy last year being a fourth option is hard to think about

a hard core warriors fan in his natural habitat....

im not a kid bro chill

An adult would use I’m instead of im and wouldn’t say bro....

man shut the fuck up, worry about what goes on outside your social life

im not lying, who would do that?

To make yourself look smarter

I didn't say why wtf

My bad, but seriously you act like people don’t lie about their age all the time, they do

Roses are red,
I really like cake,
Fuck you DeMarcus,
You Lesbian Snake.

- Joined a team with 4 All Stars
- A team that is fresh off of back to back championships
- Signed a veterans minimum. A contract nowhere near his worth.
- Did all this after ridiculing Kevin Durant for his move 2 years ago.

The biggest bitch of all time.

DeMarcus Cousins:
-NBA Superstar
-Doesn’t deserve to be made fun fo kids who wouldn’t say shit to his face

boi you got a crush on demarcus or something?

lmfao how do you know they wouldn't

Yeah, I wouldn’t, I never said I would fucktard hop off son

Just look at him and tell me he’s not fat

So, tall people can’t not have a lot of weight?

You know what? I’m not gonna argue with your ass, all you do is defend yourself and your idol DeSnakeus Cousins.

Ok bud nobody thinks 270 is fat for 7’ you just say that cause you have no comeback...

Idgaf about Boogie going to GS although i think it's kind of a bitch move, but from his point of view it's a pragmatic choice despite it being the easy and questionable way. But boiiiiiiiiiiiiiiiiiiiiiiiiiiiiiiiiiiiiiiiiiiiiiiiii, what's your thing calling everybody kids? If you're a grown ass man than why're you spending your time on 2KCentral? Don't you have something better to do bruh? Let them hate if they want, cause defending Boogie on 2KCentral isn't going to make a difference, they'll still diss him, but they'll also diss you for being a bandwagon and'll call a d'cksucker, bruh is that really how you want to spend your afternoons? Idk go to a restaurant, have wine then go to sleep instead of doing useless shit.

Ok so you think they would?

lmao well speak for yourself i guess.

You wouldn’t say shit to him and you know it

lmfao speak for yourself

i would say it to him irl, too bad i can't prove it since i'll probably never even meet the guy. but if i do i will.

Yeah what's DeMarcus gonna do beat you up lol

Demarcus won’t do shit if you call him a snek

lmfao fr tf he gonna do, mf gonna beat up a 13 year old for calling him a name or something? just proves everybody right.

You’d be way too embarassed

you can say that, but it doesn't make it true.

right, but i know i would.

Ok then I know you wouldnt

lmfao no you don't actually, you're not me.

Lmao you don’t actually, you’ve never been in that situation

i have been tho, just not with a 7ft pure "muscle" giant before, but i've said plenty of things that people would want to beat me up over.

you wouldn't say that to his face lol

lol he aint even n a snake tho neither is KD

Leaving a team for 5 million, with 4 all stars? Sounds pretty snakey to me.

i don't think he'd like being called not a person.

ik but idc, i've said some things like that at cops before.

I doubt that because unlike Demarcus, the cops can do serious things to you that are completely legal

lmfao see, even if i did it in the past you're gonna say i wouldn't to demarcus, when you're beaten you resort to this... funny.

Dude, first of all the cops won’t touch you they’ll lose their jobs and their lives, second off DC is a lot more intimidating than cops and you have no proof at all of doing as hit like that

whatever i don't but i know it's true. could care less about how intimidating he is, if i ever see him i promise you i'll call him a snake.

He has a terrible injury in the middle of probably his best season yet that impacted his value on the market.The free agency market was depleted with teams runing out of cap space. He was abandoned by his own team as they were so quick to move on.

As much as I hate that GSW gets to have a all nba center for a year. This is the best situation for him to go for this season. He sacrificed dollars to land in a situation that is going to rush him from and to be in a big time winning situation for the first time in his career where he can prove he is worth more than what the pelicans did or didnt offer.

Thank you for understanding his situation. You’re the only person I’ve seen that rationalized their thoughts

Is it because he's a pussy

Ok then go say it to his face

k one sec gotta track him down

i wish I could

he shouldn't want to

that probably took to long

KD passed the torch to Boogie

Wow they changed his pic

I mean, he returned the backstabbing

So he shoots 75% from the free throw line in the regular season, gets a 79 free throw, Ingram shoots 68%, get's a 64, how does that make any fucking sense at all?

Look at that fake background lol

This card has been a budget beast for me. He only has a 77 open shot 3 and a 66 contested shot 3 but he has shot a blistering 62.7% from 3 in over 4 attempts per game in over 30 games played for me. His release is CASH. It is so easy to green. I really hope that he gets a Diamond or PD. That will be a must cop for me.

I'm not a warriors fan and i like good basketball i think D cousins went to the warriors to get a championship i mean he is a lot more than what he got paid in Golden State and he is not playing well expected to not play until February i think once he gets his ring he will go to a different team with more money to offer then build a championship team around him.

Use commas next time

Let me be real here. Yes, he did stab AD in the back after he did so much for Demarcus. Yes, he basically mimed KD, from leaving a superstar teammate for the Warriors, to having some, *ahem*, strange incidents on the court, and in social media in KD's case. But when you look at his time with the Pelicans, when you think about the absolute incompetence the Pelicans front office showed, it makes you think about LeBron's situation back in 2012. how he went from a terrible team with no talent other than AD, and how he basically joined the evil empire of not just basketball, but sports itself, and how Cavs fans came to realize that if LeBron ( or Demarcus in this case ) wanted to win, he would have to join another team. And to really lock up the victory in the Finals, a superteam. What I'm trying to say, is that Demarcus didn't have a choice. Either stay with AD and do pitifully, or join the Warriors, and win a ring. I know I'll get hated on, but I don't care. Downvote me all you want, it won't change my opinion.

He made the decision that was right for him, don’t hate because he’s a good player.

Rate my line up pls #Punjabi

Nickname should be Snake the 2nd

KD is the definition of a snake you idiot