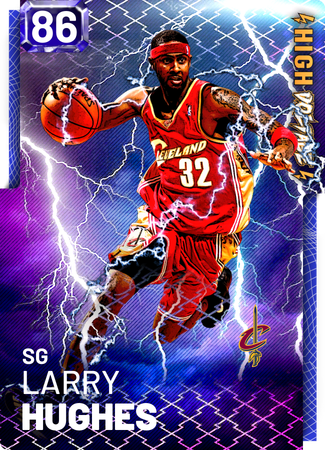 I watched this dude in Cleveland. Shot IQ should be like, 12.

Man the Sixers took him over Paul Pierce because of a promise Larry Brown made. Imagine AI and Pierce together

AI probably would have been more willing to pass....if he had more competent teammates around him. I’m a Sixer fan. Who was gonna score?

Glenn Robinson and Chris Webber were at the end. Dikembe was a defender. Eric Snow, McKie, Lynch, Geiger, Ty Hill were role players but not really scorers.

He had one good scorer around him in Philly, but he chased Stackhouse away after one year

AI was more willing to pass when he played with Melo, and he showed the downfall of this when his assist numbers skyrocketed as high as his turnovers.

Glenn Robinson and Chris Webber never played for Philly, at least not the ones I’m thinking of. Dikembe wasn’t just a defender, he was the defensive player of the year, Theo Ratliff? A real Sixers fan wouldn’t forget to add him. He was the teams second leading scorer and the best shot blocker in the league at the time. Aaron McKie was a solid scorer, he shot 47% on 11 PPG but shot less than 10 times a game because AI wouldn’t pass the ball. Eric Snow was the sixth man of the year, he was fantastic off the bench. Tyrone Hill is kind of like McKie, he scored 9 a game and shot almost 48% but he only got to take 8 shots a night. They also had a good defender and three point shooter in Raja Bell, but he only played 6 minutes a night. Toni Kukoc was old but still a good spot up three point shooter, he wasn’t even talking 2 threes a night. Geiger really didn’t play much he only got 15 minutes a night, and was a productive 6 and 4 player in those minutes. The Sixers had the 5th best defense in the league, which should have been enough to stop LA just a little bit and maybe get them a couple of wins.

AI was also on an offensive team that placed nearly top 10 in the league, and had he not been there other players would have shined, they likely would’ve taken a step forward in ball movement and remained a top 20 offense, and they might’ve become the leagues number 1 ranked defense. They still would’ve won around 46 or 48 games and made the playoffs.

I disagree on Ratliff. There’s a difference in scorer you run plays for and pass into in the post, and a guy who does a good amount of his scoring damage on offensive boards and dirty work

You can’t disagree he was the second best scorer on the team for PPG... he was also the leagues best shot blocker. He was probably the 4th best player on the team behind McKie Iverson and Mutombo

I’m not arguing any of their ability as players, I’m just saying they aren’t particularly talented scoring...and scoring alone.

AI had a heavy scoring burden as he was surrounded by offensive role players, past their primes, spot up shooters, putback scorers. No one else really able to create their own offense, making AI do it himself and therefor limiting his passing

True, but he has multiple players that could have been better scorers if he had been more of a facilitator. The reason the spot up shooters didn’t score is because he wasn’t getting them the ball.

He was a pesky defender back in his day, remember he had a 97 steal in Live 08

40 Intangibles this card is a low key beast

Ha ha lmao. That face you make when your name is Larry Hughes and you’re a 6’5 who played NBA basketball primarily with the Cavs from 1999-2012