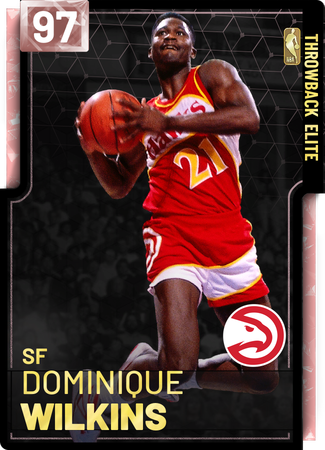 Do it all wing

He signed with Panathinaikos when he was 35

Anyone know the price for this card

My new point guard has arrived

Lmao but true. Perfect for defending cheesers and has everything I want in a PG - driving dishing and dunking

Soon as these heat throwback packs come out ima have $200 less than I do rn. BUT I'll obtain a guaranteed 21 rubies, 2 amethysts, and 39 emeralds

I need to do a review on my favorite player of all time.

One of the best dunkers of all time

Him vs Jordan in the dunk contest was always awesome

The jazz made a big mistake

How much will he go for?

Who the hell calls him Highlight Film lmfao

Everyone. 1 of the most iconic nicknames of all time.

Nah.. no whoosh. That was a real stretch of a joke. Reel/film = same shyt for a game that lists players as 10 years old on half their cards

its not the same

It's the Human Highlights Reel, but it says Highlight Film

Three is wayyyyy too low. He hit 8 threes in a game on two separate occasions. Should have a 94-90-88 (open-contested-moving)

Think 88 is pretty generous, he was never really a good three point shooter

exactly! and a coach and shoe gets in in the mid 90s and with an easy release he's money

He absolutely was a good three point shooter, well above league average in both percentage and made threes for multiple seasons. He's just talked about as a dunker these days because his dunks were really memorable. In his regular season career he made 711 threes at a rate of 0.7 made per game shooting 32 percent from three. The diamond Reggie Lewis 2k just released has 88 open contested and off dribble three, making him a much better shooter than this card, yet in his best shooting season he made just 14 of 60 and made 0.1 of 0.3 attempts per game for his six year career.

Agreed, and I'm a Hawks fan

the face you make when you see god

any suggestion for my lineup https://2kmtcentral.com/19/lineups/243149/any-suggestion-for-my-lineup

Same with me , so I ended up buying him for 300K with a 3pt shoe(which was a steal at the time)

This card is cheese. Left, right, drive, yam it

Why do i feel like every card in the game has 98 hands? lmao.

I need someone to help out my bench
https://2kmtcentral.com/19/lineups/85005/toxictiger777s-lineup-ps4

Dominique can't makes threes because his release is too fast.

I was really hoping for a PD Maravich. Maybe next week

My is his nickname not the human highlight reel

https://2kmtcentral.com/19/lineups/191037/broke-myteam plz let's break the record for most downvotes.

Lineup suggestions? I have 25k MT spare and only run 8 guys in Unlimited https://2kmtcentral.com/19/lineups/187844/aussiegamer4-eight-deep