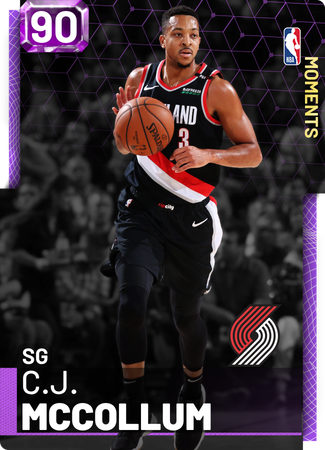 For those who don't know why this card exists:
40 Points
6 Assists
4 Steals
on 65% shooting

how dare you people up vote me im offended

thank you to all the people who downvoted me big shotout

Pls stop these are already getting old

Why was this downvoted

holy crap. That was nasty.

If CJ was in the east hes be a guaranteed all star.
I feel bad for him BC hes in a bad position on Portland.
There always the 3-6 seed and never get past the first round.
#FREECJ

Free Kemba, not a star on a 3-6 seed every season

No fuck you he’s ours

WHAT AN AMAZING RELEASE!! It takes a bit time to load but i dont know how to explain it, it feals like its super accurate when it loads and this guy can knock down the mid-ranges with an eas. love love this card.

I got diamond peja, heat check Klay an I need one more. Was thinking of grabbing him. I have Eddie Jones so I'm not sure if I should badge an shoe him up instead an save the Mt for Amy Joel embiid. What you think is a good idea?

I had Amy Embiid. His shot is too slow to knock down shots but he's an animal inside the post for hooks and fades.
Jones is super solid but he's more of an athletic D&3 where C.J is more of a mid-range machine who can also knock down the long ball.

I have Ruby Morris Pederson at SG at the moment, is this worth the upgrade?

He’s just too short and with the high intangibles only. 90? He’s average. They’ll give us a diamond or Pink diamond later though

Lehigh over Duke was a bigger upset than UMBC over UVA

You gotta stop boosting Duke. They destroyed a Kentucky team that had a god awful gameplan and that was to try to play as fast as Duke. Here's the thing though with UVA. In order for Duke to speed up UVA, they'd have to shoot the shit out of the ball like no other team has before against them, and since 1 team has managed to make 10 3s against UVA since 2012, that may seem unlikely. Again Duke could go 2-0 against UVA and UVA could go 2-0 against Duke. All I'm saying is that it is going to be closer than you think.