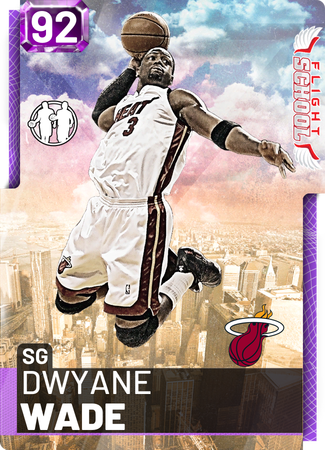 They really disrespecting his steal and block?!!

he actually hits a few blocks a game

steal and block way to low

46 block he is the best blocking gurd

thx you. this kids a hater

People talk about LBJ's teams 24/7 but Wade doesnt get that pass? Ok

Was at the game in 2010 when he put up something like 46 on the Cs. Still gives me chills when he was just hitting everything, they could not stop him. And his teammates were Beasley, Chalmers, Q rich, and old man Jermaine O'Neal. You take him off that team and they're probably the worst in the league, but he would not let the Heat get swept on their own floor, in what could've been his last game ever for the heat (at the time there were tons of rumors he could be leaving for Chicago in free agency). Instead he gave us one more game of FLASH, and ultimately probably helped with LeBron coming to Miami after losing to those same Celtics.

FACTS!! And his defense was amazing throughout that time. He was the no. 1 on d.

wow...yo ronnie, pls give d-wade a tribute card or somthin pls up his ratin

Just want to improve my squad.... any tips would be greatly appreciated and I would love to review your squad!!

Can you guys help me out with my lineup I just packed petrovic and debating whether to sell him. https://2kmtcentral.com/19/lineups/79259/current-lineup

Not when it comes to dunking the ball.

About how much does he cost i want to cop

I don't like blocks anyway Lol cuz there not important anymore

Fuck me they really stacked the driving stats on these cards, left everything else to fucking die.

Well at least you’re honest about it

It really is a shame his best friend looked like a deer in headlights in the 2011 finals. Wade should have 2 finals mvps. FLASH

Perfect for his last dance

This is Dwyane Wade

They should call Kyle Guy "flash." Not this bum

Kyle Guy can only shoot when the entire team sets him screens and he runs around the entire court twice. Man went 1 of 6 in the second half against UMD when all they did was close out. Off the dribble this man is as useful as Jack Salt.

I mean I go to UMD and we played you guys recently. Got too close, but your defense, threes, Hunter and Jerome were too much. Wish we made some FTs, maybe we woulda won lol. U guys r tough though, and thanks for the polite response man. Sorry you fall victim to mass downvotes so often lol.

He doesn't care about the downvotes