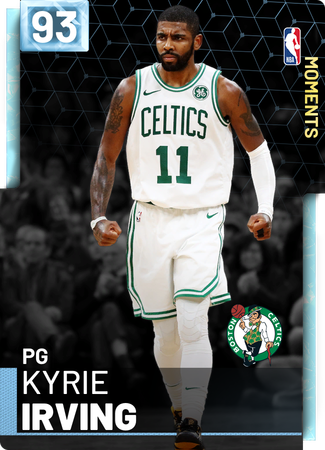 SHUT UP I ALREADY KNOW

It’s for those who don’t know

Its based on that game

oh i didnt watch that game. ok then

So Curry should have a less than 60 three point shot?

No it hasn’t lmao

Man this is the first year wear moments cards are matching the performance accurately. But they have always gone freethrow % = attribute

“It’s been that way for years”

Yeah, if you look at the non-myteam cards it has been that way for years, Myteam has never been realistic

I just wanted to let you guys know, that 2k did moments like this in 2k15(ratings go up and down based off the performance), but then switched to only increasing the stats after people complained, but this year that system returned. The ratings on the regular rosters, are also based off of percentages from last year, thats why players like DRose and Derozan had no 3pt shot at the beginning of the year because the usually shoot enough of them so their percentages are pretty trash, I think two years ago, DRose who averaged 20+pts for the Knicks had a 59 Open 3pt because he shot 29%. He also only took like 30 on the whole year, so he received a trash rating. 2K uses the averages especially for MyLeague because it helps them predict which players should have the better percentages at the end of each year. If you look at the original roster for the game, they ratings are perfectly matching the percentages.

he wasn't even untucked this game

My name is cedi osman and I got handled like Kyrie

Pulled him and straight to the auction house with that whack card.

Should be happy you have him, Im dying to get him

Why is everything a diamond????

what is a good price to buy this card @?

lmao but it’s not based on percentages. it should at least be in the 70s.

well ur not wrong

Whoever control these stats should be fire smh