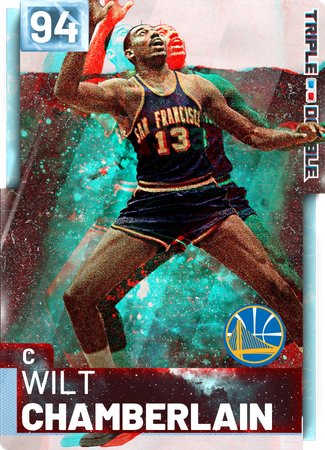 Idc what tier Wilt should always have 99 standing layup

first of all Kobe WAS*, and he won titles without Shaq. Shaq was nothing without Wade and Kobe.

ur a fag clout chasing asian

he had pau then moron

Actually Kobe never won a fuckin thing without a top 5 big to carry him. After Shaq it was Gasol, same shit. Efficient scorers who rebound well enough to clean up after Kobe’s trash shot selection and they also drew double teams which meant the opp couldn’t double Kobe. That’s why he never did dick with out one or the other.

Suns he was an all star, Celtics/Cavs don't count since he was a dilapated 7'2 big man with a 350 lb frame, what'd you expect? Kobe never won anything without having a star big by his side, success didn't happen until Pau came to LA, and then even with Dwight, Kobe caused friction and ruined a potential dynasty.

He's a glorified volume shooter, who doesn't deserve all the love he receives and is a thousand times worse than LBJ/MJ and should never be in the top 5 discussion

The Magic big man curse sucks man. Shaq and penny were the shit back then. Than LA stole him. Fast forward 20 something years and we got prime Dwight and we made it to the finals. Then Dwight gets SVG fired and just dips. Jokes on you, dwight, coz we won that trade bitch!

Dwight took the Magic to an NBA Finals, w/o Dwight have the Magic made the playoffs?

Straight fax, I hear people calling him the goat like wtf

BuT hE sCoReD a LoT

mb please find it in your heart to forgive me

In all fairness, nobody wins without help

Hakeem and Dirk did it without any star level help, but yeah, I agree

most people don't know he could pass

but his playmaking is trash because he is underrated

That’s the difference between real stats and stats like Wilt leading the league in ASTS, he did it because he wanted to, not because he was actually a good passer

But if he wasn’t a good passer, he wouldn’t be able to do that, even if he DID want to. Your logic sounds stupid. He COULD if he WANTED to, because he actually COULD, because he was ABLE to PASS.

I’m not QUESTIONING that he DID stat-pad somewhat, but he wouldn’t be able to if he COULDN’T. Besides, he still averaged 4+ assists every single season after that. It’s also not like the transition from 3 to 8.5 was instantaneous, he averaged 8 the season before that, and 5.5 the season before THAT one.

What? Averaging 4+ assists on stacked team, and sacrificing nearly ALL his scoring to do so? Yes, I agree that his 8.5-assist stat line was a lot of stat-padding, but you never saw Shaq averaging 8.5 assists per game, or even ONE per game, and he’s the closest thing to Wilt we’ve seen yet in terms of relative physical dominance. That’s because he couldn’t pass as well as Wilt could. All I’m saying is that he had the ability to pass well for a big man. I’m not saying he was like Bob Cousy, Magic Johnson or even Arvydas Sabonis in terms of passing ability. And if you watch the highlights, you can see that he does have some good passing ability. https://m.youtube.com/watch?v=A0EPblJCcM8

After that video, I realized that he was actually BETTER than Arvydas at passing as a big man.

All I’m saying, and a bunch of other people are saying, is that he’s lowkey underrated as a passer.

He is on something.

44 ball control? He had to have controlled his balls damn well if 20,000 women slept with him.

Better off with diamond Gilmore

This about to be cheap since everyone got the ruby one

Good cause this lookin really noice

https://2kmtcentral.com/19/lineups/104250/current-lineup
Any suggestions? Thanks in advance.