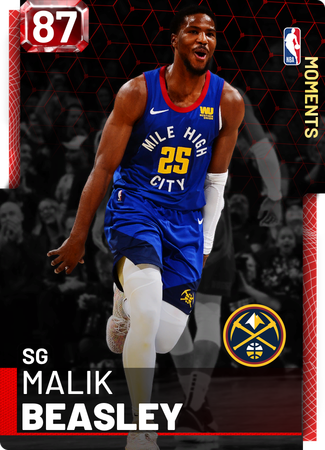 Against James Harden too. This kid ballin

Well when you’re playing against Harden it’s not like any defence is played so...

James Haren he got no d

You forgot to add “Fax”

he is on fire

This card is a scoring monster

Should I do a breakouts for him?

Heck yeah, go for it

You made 700 cards for what? They are a dogshit besides select few

Which, and all of mine, even the pngs are better than yours

No one likes ur cards

And no one asked YOU

he didnt ask if people liked his cards stupid

I never said he did? Are you retarded?

u literally said "you actually did ask me." Are you retarded?

I said no one liked his cards as in no one wants to see a breakout card, then he responded no one asked you when he actually did ask me... are you retarded?

I love this guy full homo

U need to die

yes he did though

plus we still have 6 rings so I'm far from mad

The Pats were only 10 years late.

ofc i'm mad but i'm not punching the air or some shit. end of the day we have 6 titles and 2 goats so the pain is far less

Nick Foles is from Philly and Pete Carroll is from Seattle

Those are the two goats?

brady played better than him in sb 52 but ight

Is that an opinion or a fact?

an opinion based on statistical evidence so pretty much a fact. why do you think foles was better? because he won?

And Brady was holding up the SB MVP at the end to prove it right?

that doesn't matter. brady is mvp if they win. he's not the reason they lost, the defense was. he had a better game and if you say otherwise you didn't watch or even look at a box score. set multiple records.

cause its why we've lost all 3 sbs in brady era?

Um you Guys played great defense in both losses to Pats, one play doesn’t decide a game

our defense in 2011 was pure shit and its why we lost (not just manningham play). before that the tyree and burress plays in 2007. and in 2017 it was giving up 41 points to philly despite amazing performance from brady. when has our offense ever lost it for us?

Your Special Teams won you a Super Bowl. What a joke

2005
Pats win 24-21, maybe the defense played well because you guys cheated but

2017
New England wins 34-28, in the first half they played just terrible, but the defense is just as much to thank for the 2nd half as the offense is

2019
New England wins 13-3, defense is the reason they won as well as special teams

not saying defense has never played well or helped us win. but when we lose, its usually not the offense fault. you're misunderstanding me here.

We’re gonna act like the catch in 2008 wasn’t more about the amazing catch than bad defense, that play was defended incredibly...

play should have been blown dead as well. manning was in the grasp and official knew he should have called it.

So it’s not the defenses fault that play happened... that was simply a miraculous catch

ye ig. could have broken it up maybe. but also could have stopped td after.

defense made plays that cost us the games

It’s not about offense or defense. It’s a team sport and they both should matter. The Eagles outplayed both the Patriots offense and defense. Regardless of how 1 player performed on the Patriots, the Eagles found a way to give them an L

obviously patriots were outplayed. i'm not disputing that. however, on an individual level brady outplayed foles.

But in big moments he didn’t. Like that wide open ball he dropped, costed them maybe the game

foles just relies on illegal sets to get the play

that play didn't cost them the game lmfao. brady didn't have a chance in a truly big moment because his o line let a guy come up behind and strip him without him seeing.

That play would have put them in the Red Zone. But that’s not a big deal I guess

plus philly special should have been flagged but oh well

Tom dropped the ball that’s on him lmfao

definitely his fault the o-line let him come in behind. tom had no idea he's there. i don't blame any quarterback for that. its different if he can see him coming and can get rid of it.

He dropped the ball, his fault for having weak fingers

no qb holds onto that

cam doesn't hold onto that?

Cam fucking doesn’t get sacked on that play lmao

So cam newton runs out and doesn’t get sacked, point proven

no. thats not how it works. you act like brady got tackled and newton would have bounced off the hit. not what happened

Newtown got strong arms, he doesn’t lose the ball

its not about strong arms. when your arm is cocked to throw and you dont see a player coming behind, youre not gonna be able to hold on when he unexpectedly hits you. you have the iq of a remote control.

Remote controls are incredibly smart, so thank you ig