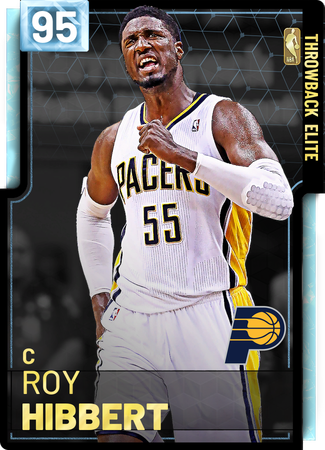 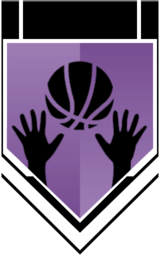 this dude was a beast before he fell off

He was the last non-offensive centre to be considered elite tbh. Unless you count Drummond as elite

I would say that Gobert is elite

Andre Drummond is definitely one of the top centers in the league, but I don't know if he is elite yet. Maybe he will be in a couple of years.

Not fell off exposed

A bit of both. Game changed and he slowed down

he fell off in his rookie season dude

Need to test that theory on other cards

did you test it

These cards are more about balancing the game rather than being realistic.

where tf did you get 8 from

I thought a 78 open three on Chris Kaman was ridiculous.
Now we get Roy Hibbert, who was primarily an "old school" big man (Post up, defense, rebounding, etc) with an 80 three.
E I G H T Y.
Oh, lordy.
Thank god Roy Hibbert has a trash release. I think.

next thing you know Charles Barkley is getting 97 outside shooting...

he has shot 13...
One of the easiest releases to time

his release is actually money

Mate Charles Barkley isnt even in the game.

pick and roll with him is deadly

IS THIS kid or mobamba better

The face you make when Kyle Korver blocks you

going for less than 5 k on xbox

He be blocking like he was Russell Westbrook's Facebook getting a friend request from Damien Lillard. On Geebz.

this is the slowest card ever

So we just giving out high 3 ball rating for guys that barely shoots from behind the arc?

These hot zones are about right.

If y'all tripping about Hibbert having 80 open 3 then y'all should be tripping about Kuzma having 94 open 3. That dude was 29th outta the 29 Power Forwards who qualified for 3 point percentage in the NBA. He was last yet he took the 3rd most 3s, only behind Blake Griffin and Jae Crowder outta all PF. If Hibbert shot 400+ 3s in a season, maybe he would of been hitting more than we think. That Pacers team had George Hill, Paul George's, Danny Granger, Lance Stephenson, D.J. Augustin, Darren Collison, Chris Copeland, and C.J. Miles all at some point of the Hibbert era. So when you're 7+ feet tall and surrounded by players who can shoot the deep ball well, you gotta be in the paint to fight for the boards. Especially when Frank Vogel is the HC.

When you're feeling cute, but then she tells you that ypu smell like eggs

I'll be honest this card is really good, bought this card för 5000 mt and it was worth it.

(dont come at me im joking)

The 7 footer pick AND popper legend!

Hibbert with 80 Open Shot 3? Alright then, keep your secrets.

Cheapest diamond on ps4 at the time of the PG13 packs

not a bad card. good pick and popper

This ain’t even a diamond. HIS STATS ARE [email protected]!!!

BTW, I'm a Raptors fan. Just wanted to say if we had J.V still instead of Gasols weak ass, 76ers would be done for already if we actually gave him the minutes he deserved.

Why are you talking to me about your dislikes about trading Jonas? Go up to Toronto and tell them urself. And if u think Roy is good, then that’s great. It’s just an opinion. What I said is an opinion. EVERYBODY THAT COMMENTS HAS AN OPINON. IT’S WHAT THE COMMENTS SECTION IS FOR!!!

You're straight tripping if you think this card is garbage. On God, he's an animal. I bet he goes blow for blow with any diamond center. He just lacks a post fade. Other than that, he's stupid good. I got better Centers overall wise on my team and in my collection but this Roy Hibbert is stupid good.