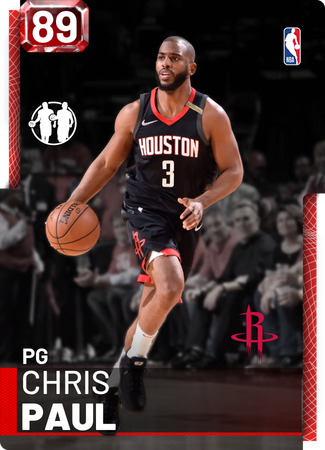 CP3 cards are hit or miss for me in 2k. This one has a couple issues but it's not a bad card to pickup for your early lineups.

Recommended Strategy: Spam high Pick and Rolls! Try to find your roll man or stop and pop for a mid-range jumper.

Use if: You need a 6th man with a mid-range shot and good defense

Don't use if: You want a taller guard with a quick release

Bottom Line: Pretty good value. Wouldn't have him starting but as a 6th man or bench piece for early lineups he's a good pickup.