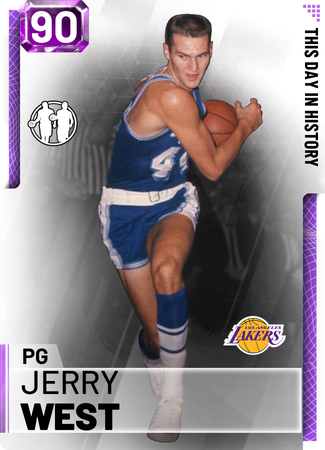 My brother got this card for me while I was in the shower so when I got out, you can guess my reaction when I found out that he actually got the card. I was very happy! I played a few games with him, and since he's my only card that's not emerald or gold, my offense revolves around him.

Got him from a lockercode

Recommended Strategy: Use his as a playmaker for the squad to get easy buckets for everyone

Other Comments: "If you get this card, and actually have a solid lineup, he's a good guy to have off the bench, but for me and my squad, he's a starter."

Use if: "You got the lockercode and didn't get mt"

Don't use if: "You managed to get him and have better point guards on your team"

Bottom Line: "Mr. Clutch is worth typing in the lockercode :)"

I wonder how my first serious review was...

He dunks for me

yeah as I've played more games with him, I noticed that too

still do not get why they cannot make him 6'5

This is such a shitty review, doesn't explain shit.

Nah but actually really good for a first review

lol, how many times you hit enter for this tho

as much as I can count to