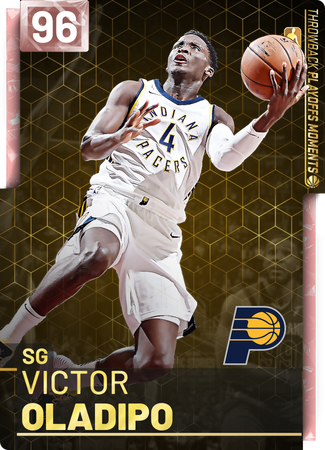 This is guy incredible, especially since the shot contest has been patched.

Takeovers: With the blue and white KD 10 shoes and D'antoni, he has lock/sharp takeover, which is ridiculous.

Nothing really. I suppose his crossover could be better, but he is so damn good either way.

Other Comments: This guy is an absolute steal for this price, he is definitely a card everyone should atleast try out.

Use if: "You want an athletic playmaking, defending, slashing, shooting PG/SG

At the 2, guard to guard pick and rolls/3pt plays are great with him