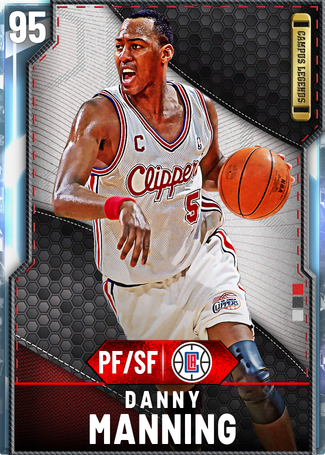 Budget Beast with Base 11

I sincerely do not know why this card is so cheap, he is a 6'10'' forward with a great all around game and Base 11. Also his body build is massive, which makes him even more impressive for the price, I would pay 10 times the price of it without any regret!

Scoring: Base 11 for the perimeter shooting, which makes him an automaic bucket from the perimeter. For the post and the paint, he has really good badges and unvelievable stats, so do not be afraid to go for any bucket inside.

Athleticism: He is pretty fast for his size, and as already mentioned, he has a massive body build, so he is really big and can fight for any dunk and rebound.

Defense: Well, he is a pretty good defender, better than average, will be able to lock down forwards in the perimeter and in the paint while getting some blocks and steals once at a time.

Rebounding: The stats do not show the real deal. He is so massive, he is a boxout master. Getting rebounds for his size is not an issue to worry about.

Playmaking: He is able to speedboost, and he has quick first step, so he is really effective against lineups with 2 7 footers without clamps. Well, he will destroy anyone without gold or higher clamps sincerely.

Overall he is a BEAST! Go now and buy him, try him, and unless you have a godsquad, he will probably make your squad at least as a bench forward.