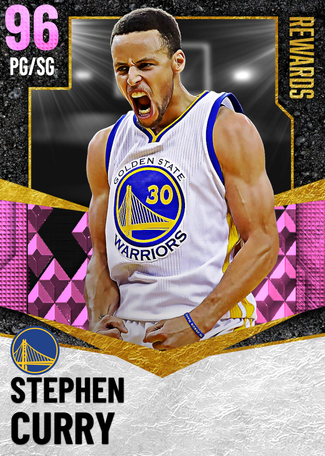 lads, lads, lads, i got him, it was a hell of a grind but he is a amazing card no matter your playstyle

Bought for: FREE! 150,000xp yes it is possible for NMS players but it takes like 70 hours or more

nothing major just only 48 offensive and 53 defensive rebounding, 47 block, 35 post hook, 52 post fade, no intimidator at base, 6'3 with a 6'3 wingspan is alright but could be better (none of these matter that much but i need to add something here)

is it worth it: if you have the time hes a great card and helps lots in any mode, its at least a 70 hour grind but i didnt mind doing the xp challenges that even when i got curry i kept going for some reason

Use if: you want the best pg in this game

Don't use if: "You have a life other than this game

Bottom Line: the best card in this game, he is a hell of a grind but for me it was worth it

@Nba2kGod11 @DameDaGoat @Anonymouses @DameDaGoat i finally got this done after a week, this is probably my best review so far

ive been so busy

yeh i probably wont do another review for a while

lol i should stop too and focus on math

yeh lmao reviews aren't really helping out anyone so i was just doing them for fun. now that they're getting a little boring i should really stop but like sometimes when my parents are out im just bored

yeh i play 2k if there not home

yeh ik y dad does care but my mum doesnt

how much 2k do you play per day

oh ok i have 30 mins/day usually and 1 hr on weekends :/ and no youtube on weekdays unless i trade 2k time and 30 mins yt on weekends lol

what, i just watch yt and sit on 2kmtc in the mornings

I got him yesterday completely free, I still have over 200k mt too. It was a bit of a grind, but it's all about doing the challenges effectively.

Been here for days before you mentioned me

Good Review, pro 2 btb isn't that good but pro 2 tween is amazing. One weakness is 65 drving dunk is meh and his dunking tendencies are bad. you could also mention he's 6'3 considering diamond magic is in the game already(even though curry would cook him). also if you wanted to make your reviews shorter you could not mention the less-important badges.

thanks, i forgot to add the driving dunk into weakness, if im going to do more reviews i will 100% make them shorter

yea they're both good though. lowkey steph can dunk a little though i saw it in HTB's gameplay he posterized someone

it really isn't, dunking is just boosted in 2k21 idk why

true, for the first tto challenge i got all of the dunks with curry

STOOF IS GOAT BETTER THAN LEBUM