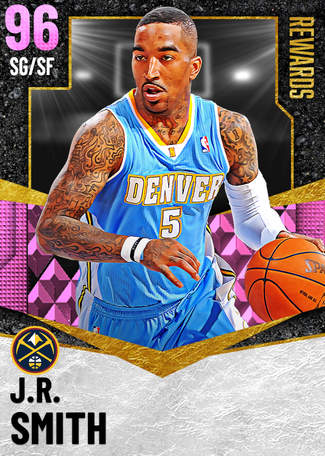 Hello guys, we are going to be doing a review on the new J.R. Swish or The Henny God!!!

How To Use: Use as a Secondary Ball Handler and shoot the ball with him from range. Also, use him to get dunks with because he will dunk it!

Level of Play: He is THE BEST SG in the game and best wing in the game, and it isn’t close to me!

so not JR, who do you think is the best card in the game???

I actually think so but he may be 2nd. Cuz some take curry.

curry can really cook in the right hands. once jr gets handles 4 days i think he's better for sure though.

Did you actually lock in

My brother locked in I mean.

Basically got blake too.

he the best card

good review hes by far the best card in the game

you dont have him

where is my bobux?

Earlier I used him. His release cash. Just wanted to see it on xbox. Brother let me.

your brother apparently gets every card in the game

I doubt you've even used him

TTO 2 games or so

did you have the audacity to shoot a halfcourt with him

Yeah, half in tto. He hit near half in freestyle.

Basically a Lillard irl but in 2k. Logo. Man he is class.