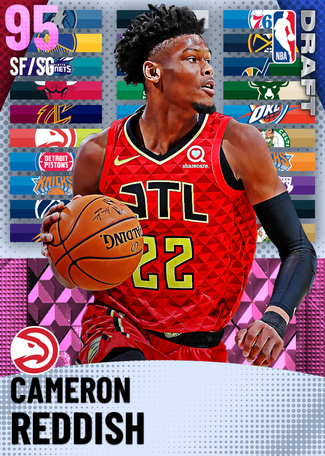 This card is ridiculous, straight up ridiculous. Not a thing he can't do, if he gets posted up, the opponent will miss because of gold intimidator, if he's open, he'll splash from deep, and if he gets a lane it's definitely going to be taken. Also considering the fact that it takes around 75k mt to lock him in and resell is crazy; if you have the mt, cop this card.

Recommended Strategy: DO WHATEVER THE HELL YOU WANT JUST BUTTON MASH AND HE'LL FIND A WAY TO SCORE.

Other Comments: TUPAC GET YOUR LAZY ASS ON THIS SITE AND ADD THE CARDS ALREADY

Use if: You want an athletic do it all SF/SG.

Don't use if: You're broke or you hate good cards.

This review is a huge dub. Only 4 stars though? id say hes easily 5 stars, but thats my preference.

there we go 5 stars

i loved the recommended strategy.

hell yeah I do... if he made more reviews though lol

tell Nba2kgod to unblock me he did that for some reason...

wtf this is an insanely long review I'll read it when I have time, also it's not really 75k mt we don't all have 400k sitting on our hands lmao

oh lol I mean 75k for this card is still insane, dazz used him against me and he just dunked on my head -_-

yep he does that

I like the recommended strategy and other comments section! lmao

lol this might be the best review of the year, my best ones are PD Blake Amy Mitchell and Bingo probably

YO YOU JUST GOT A SUB LMFAO

i didnt know what else to put

anyway I read it now this is ridiculously good at this point I have to admit this is probably better than any of mine! how long did it take?

ik i had it open while still being written

oh lol I don't do that I just submit it more convenient get back to it later!

wow amazing review im so happy i got him

shut the fuck up