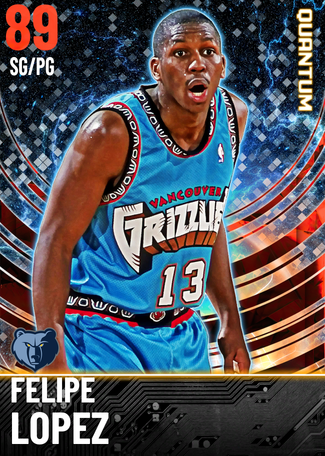 Short paragraph summarizing the review and how you used the player

I decided to try out felipe lopez in limited this season, as I wanted his xp lol. Used him in 4 games of limited and triple threat and my goodness does this guy cook, at least on current gen. He can be a three hunter or a rim runner, which ever you like

Recommended Strategy: "Drive 1v1, catch and shoot, 3 hunt, pretty much everything on offense other than post, unless you're facing a 6 foot 1 and under pg"

Use if: "You want an athletic playmaking point guard or two guard that can create his own shot, or are on a budget and looking for limited or even unlimited beasts"

Don't use if: "You already have good ruby or above guards"

Bottom Line: "Great value for money, nice player to use while building up your team, and for most people, a limited demon that fits most limited requirements."