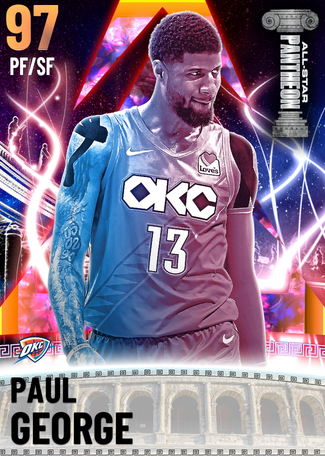 This was suggested by @pdnome, today we are going to do a man who was 3rd in MVP 3 years ago to now being called "pg13%" and "Pandemic P" this is about Paul George

Strengths Paul George is an amazing 2-way player, I had the Clippers winning the title because they had people who I felt would be the best two players to guard Lebron on the same team. Paul George is a consistent good defender and I have no worries about his defense, I am worried about his offense (but these are strengths you will see in weaknesses). Paul George is averaging 23 7 and 5 off 41% from three and 47% from the field. Those are good numbers and I like his efficiency, however, I would like his assists and PPG to go up if they have a chance to beat the Lakers. Paul has done a great job of hitting the open man from three and being aware of who is open.

Weaknesses: Paul George needs to play EVEN BETTER in the playoffs if they want to beat the Lakers and maybe even Pheonix or Utah. Paul plays great in the regular season and didn't use to choke but ever since OKC and playing with another known choke artist in Russell Westbrook (I did him in a previous review go check that out) He has since begun to choke. He did shit in the playoffs and I think prime PG really had no weaknesses besides playmaking, however being a choke artist is a weakness and PG 13 has since become a choke artist. If Paul chokes or any of the Clippers choke and they don't make it to the WCF consider Kawhi gone.

Recommended Strategy: Get into Paul's head, he is easy to mess up and make miss shots if you know how to push the correct buttons

Use if: You want a great 2 way with good scoring ability and great defense who is efficient during the regular season.

Don't use if: You want a great playmaker who is always great in the playoffs.

Bottom Line: Paul has a lot riding on his this playoff if he chokes he might become the number 1 option on a team again and if he keeps up this choking he will become a distant thought to the NBA HOF. Kawhi might leave and this team is falling apart fast. I really like prime PG13 and his game but current PG isn't good.

nice, do zion next

forgot to tag but nice