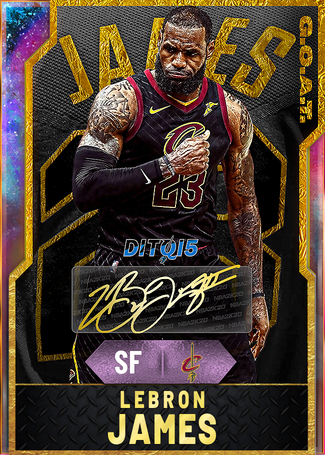 Not my card lol but congrats to Q :)

yeah i just wanted it 2 be at the top

Zem would be proud

I CAN WALK ON THE WATERRRRRR

Good Card and LeBron on it :O

This crazyyyyy! How are you getting that background?

He order in Walmart

I love this card

Q does it again boys

THIS IS SO FIRE

how did you put the james in the back

They should add that in the game

that should be a card next

Wow this is SOOOOOO Good

i have mad respect for this card. I'm trying to do a G.O.A.T. player and cutting it is fricking hard. it takes so much time

The HeLa cells were discovered from an african american lady named Henrietta Lacks, who was suffering from cervical cancer. The doctor that discovered this was Dr. George Gey, and this would’ve been fine, except for the fact that he didn’t have hers or his families consent. The discoveries of these cells though, led to many lives being saved, and they would actually profit of these discoveries, which the family didn’t even know about up til that point. I would have been with them taking the cells without consent, but when i saw that they’re profiting off of it, and the family had no idea what was going on, that’s when I knew this was unethical. Another thing to think about, is the color of her skin. Did the doctors take advantage of her because she was african american, and going further would they have dared to do this to a white individual? I believe absolutley not, and that further proves the unethical type of situation this was. Also the fact that this was virtually a secret to the family, this shows that they were hiding something, and they would only hide something if they knew it was wrong.

this might be my favorite card of yours... this is great!!

How do u make ur own card art

How do u make ur own card art

this is nice af u should unblock me tho pls :(

check out my new d rose card i just made!

don't advertise your own stuff on other people's cards

he copied my idea tho

I don't think he had your card in mine when creating this. It is based off the mj card which I presume yours was to as its the same collection

actually he did not, considering yours looks like a 4 year old's creation, and this one looks polished, i'd say q was working on this when you were also "working" on yours

I get this kid is a troll but where does your desire to insult everyone elses work come from?

bro milky insulted the card dedicated to my dead uncle

You must have blocked him, he said he never realized the card was dedicated to your dead uncle and apologized.