Card by PaulinoD in Jersey Swaps May 26th 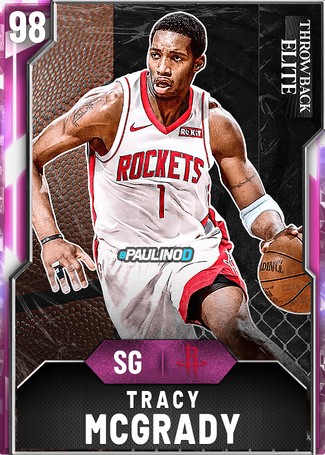 took some time to type this out since im on this site frequently and thought i could share some thoughts about the entirety of 2kmtc. if you read it then cool, if you dont care and think im a loser then i wholeheartedly agree

also this temp is based on the pack art from the decades-superpack. the basketball left-side was a weird design choice but felt it was fitting for a 'throwback elite' setting.

paulino: this site is to showcase virtual cards on a video game
also paulino: types a 25 paragraph essay on a dead site

wow it’s like you missed every single point in between what i wrote. but like i said if you didn’t read any of it then it’s fine. you can go about your day living without my opinion.

What I got from it is that it's anarchy time. Fuck tupac. Creating 75 alts and mass downvoting 2killustrated asap.

ok i will. not. read the article, I have better things 2 do

What? what are you talking abt?

You sit here complaining that he wrote it, and than said you have “better things to do” than read it lmao

yah cuz i do

ironic because you’re here replying about a user on the dead site, so i guess you REALLY don’t have much else to do. but hey good look with your other plans, hope they fulfill you enough.

the only reason im replying is cuz I'm tryna get him off the site too lmao u go create ur lil cards and ill do my thing sweetie.

pretty contradicting that you’re still here then lmao. thanks tho, i appreciate the motivation

u dont need to try to prove me wrong to make you feel good about yourself... i hope not.

I’m in a class, done with my work, gotta sit in my room for 30 more minutes, so maybe I don’t

why dont u leve the class lol

I can’t we have to be there the whole time

**I REALIZE THIS IS ON THE 'CREATED CARD SHOWCASE' SECTION OF THE FORUM INSTEAD OF A DIFFERENT SECTION. I APOLOGIZE FOR THAT.**

to begin, this is still a site made to showcase virtual cards in a video game. too many of you guys are taking it like it's life or death. ironically, the actions that so many people take are still a showing of how some of you really are as people.

these cards that state "block ***** i hate him", "this guy blocked me wow" or anything thats just posted in order to form some rebellion against one person is the most childish thing you can do. first off, no one besides your little group of about 3 people care that you got blocked. second, why publicize some beef you have with someone you've probably never met? and similar to the first thing i said, no one cares about your beef in general.

the only reason i bring it up is because you're putting it in a public setting, and your obvious goal is to get other people to bring hate against the same person you're mad at. frankly, you got me to notice it, and conclude it's childish. you're only emitting more toxic energy to a site that many others find toxic as well.

personally, if i have you blocked myself, you've either spammed stolen cards ( i block them so i wont have to deal with people @'ing me to notice, because frankly i dont care anymore to give them attention) or you just erradiate the most toxic energy and i wish to never deal with you.

second are those that self-deprecate themselves just because of the high standards that users like myself and others have set in this card-creating setting. just because i'm someone who actually intends to practice graphic design like others i've talked to through this site, doesn't mean you're automatically shit at this creating-scene and you can't get better. if you don't think you're good at it, don't make a whole scene to me or other users around this site complaining that you're potentially bad. you're guilt-tripping for no reason and you make your character look bad. this goes along with people that post "well there goes my cotd chances". speaking for myself, i could care less about cotd or cotw at this point. its cool to see people appreciate the stuff i post here for my own practice, but its not an honorary award, don't take it so seriously. you commenting that on my cards or someone elses cards do NOTHING and you're also trying to guilt-trip people into believing you deserved a nonexistent honor.

i also hate seeing "i know this sucks but i posted this here you go". if you YOURSELF state it's bad, why post it for a public setting? sure, obtain criticism and seek advice, but to an extent you're not even publicly seeking it and just rushing out stuff for the sake of rushing it. if you want to create something better, take your time and put effort into it. you can't expect good results if you just shit out, well, shit. if you don't take any of this seriously then that's fine. but there's legitimate people here that do WANT to take it seriously, but don't show any effort in doing so.

along with that, it's not that hard to stray away from copying another's work. creativity can be hard, and frankly i get into so many creative blocks when i want to create something. to counter that? i step away from photoshop, creating anything, and just rest myself. you cant rush creativity and ideas. really, just don't copy what someone used their own ideas for your own sake. frankly it's lame and shows you're just lazy. no excuse goes around that unless you state it's some sort of inspiration and isn't a straight ripoff.

(side note, taking a whole image off google and calling it a 'temp' or 'theme' is lazy. stop.)

this site is not an obligation either. like the first thing i stated, it's REALLY NOT THAT SERIOUS. i know there's a lot of young users here that don't understand certain morals, etiquette, and overall mentalities to follow through with many of these. but if you are, just know you won't die if you cant "be big" in 2kmtc, and if you do see a future with overall creating (not just cards!) and in this realm of "arts" i guess, keep working at it. being better doesn't mean constantly spamming "what do you think" and pestering certain users about what WE think. because really, WE THINK you should complete until YOURE satisfied. advice is fine, but the persistent pestering isn't exactly what you'd need. terribly-named spam of "card-groups" don't help either if you end up disassembling after 2 days. 2killustrated exists because all of us actually get along, not because we forced each other to form. and of course, you don't typically get better overnight. gain ideas and put effort until you're satisfied. to the newer wave of users, not many people will just give away stuff they worked on. it's lazy to ask someone for something free of your time when it took time of theirs. FROM ME PERSONALLY, i will ALMOST never give away free stuff in a random manner unless given a reason and state otherwise.

lastly the spam use of a swapszn theme name is overused. i'm personally throwing it away for my own sake because of that, so yall can keep it lmao. (no this doesnt mean my themes of swapszn are over with, im keeping that). thats just a personal gripe but thought id share that along with everything else i stated.

at the moment, the current state of the site is, at the very least, iffy, and has been for a long while with various toxicity that go around because of the immaturity that stems from so many users. it's really not hard to make this certain 'community', of sorts, a place to actually welcome new users. so many of you guys are toxic for the sake of being assholes. specifically, theres some of you like that and are going to be going into a college level of education too. you're immature, plain and simple, it doesn't make you look badass, and the only people you entertain are your asshole friends that are too dense to see otherwise.

anyone that questions "am i a part of that group that does blahblahblah" from ANYTHING ive stated above, is certainly one of those people. if you feel you're innocent of being the cause of some of the toxicity ive seen, then don't question it. otherwise, you know who you are .

theres probably honestly more that bugs me with users on this site, and if i end up remembering i may or may not update it as a pet-peeve of mine. but really, it's not that serious.

if you read everything then thanks for taking time to read from a loser like me on a virtual card site. if you took meaning to it then cool, if not then oh well.

If this was a physical trading card, it definitely has some sort of special texture feel on the leather background

This swap is soo nice along with this temp

My favorite player of all time, thank you<3

Jeeez how many times have you had COTD

We need another Pd tmac