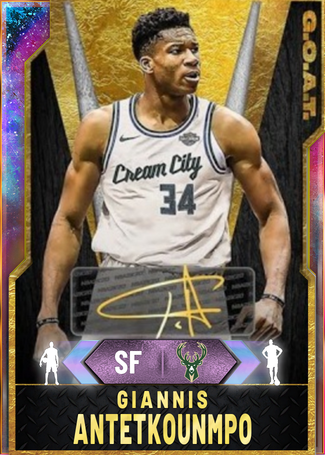 Um isn't this asyano's? It's a swap so it has to be his https://2kmtcentral.com/cards/271035 why did you steal it? Just curious. You could've asked him right?

And don't think I'm trying to attack you. I saw you post the Cam iced out card, your name looked familiar, and I wanted to see if you made some cards that I might've remembered. Then I came across this and I had to ask.

Same, and I saw there was some controversy on some of his cards, less on others. But idc atp

No but I mean it's a Jersey swap. You can't find that pic with that jersey anywhere else. So either you made the same swap, used the same pic and forgot to credit Asyano for the idea, because it was his idea so he does deserve credit or you stole it. I just want to know which one it was. If it was the first one or the second one.

For the regular pic

Lemme get a link

Who should be the next goat card

and you spelt "Antetokounmpo" wrong lol

lmao ben simmions is better then him