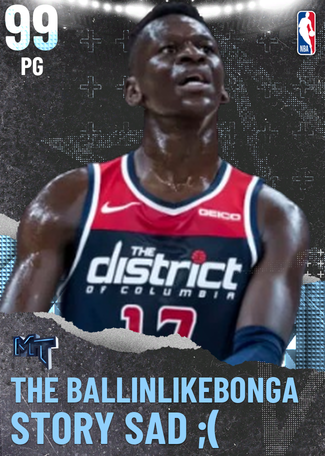 I was born on November 30th, 2006 and before i was born my brother and one sister was in foster care. We really did not have no food some day’s my dad had to go the gas station and borrow food and pay back later. We had to sell are refrigerator my dad and all my brothers (except the oldest) were addicted to drugs and my mom was always drunk i did not go to school. Then one day the cops came over and said are house was to small for 7 kids ( it’s a 2 bedroom 1 bathroom) and we had to move out and go to school my mom took me and my sister to her friends house most of the time they were always drunk we were there for like a month then foster care came and picked us up they picked my 2 oldest brother ( first was to old) my sis snitch on him (this was 2015 btw) he was cursing her out he was 16 the lady asked were you wanna go he said back to were he was living wich was are cousin. Me and my sis went to are other cousins I did not like it there so I left cause are aunt would not take us to visits. Some time’s they would sneek us to are moms house. I went to another house the lady was old i went to school for the second time i was 8 in first grade and failed 1rst grade when i was at my aunts. She started to say i was lying and stuff she took wi-fi away from me so I did not have a phone i had to watch TV all day. Towards my end of time being there i started run away I came back she made eat canned food i went to juvi many of times. One day i said i wanted to go were my brother used to live ( they weren’t living there at the moment because of they were still on drugs so they went somewhere where it will get them better it was there second time being there) but after the weekend my caseworker picked me and took me to a group home i did not wanna be there i broke a window after a while i liked that i gained trust at the grouphome they had a apartment that you can live in if you had trust but only 3 people can be in there i moved there with brother Gabe and Dom. after a while we had a TV and a PS4 then dom got mad while playing fortnite and punched the TV ( he was 13 gabe was 12) so the winter of 2018 i got to go shop with a cop and bought a new tv we used that one. On christmas i got lebron 15’s ( i was always poor so i never got nice shoes even at the second home) i cryed i got my first pair of nikes. A nintendo 2ds Gabe got games for his PS4 and lebrons ( we got different kinds) but Dom one of the owners loved Dom, Dom got a PS4 a $400 TV new shoes and games. I new that it was favoritism. Dom had everything we wanted he had his own room in the apartment his own TV PS4. But i couldn’t get a PS4 and Gabe couldn’t get his own TV. But i did not complain I did not cair I finally got my first nice clothes and shoes i was just over happy. But some night’s while Dom got his own room without stink bugs Gabe and i room had bugs so we mooved in to the living room in the apartment. ( the apartment has a bathroom did have a fridge but they took it out cause the old one the grouphome stored for pops broke so they took are’s) Gabe and I had to sleep in the same bed not same way, Dom was a bully so Gabe and stuck together all the time and defened each other. We were friends with people not in the apartment ( there’s an stairs that leads form the grouphome to the apartment) the people were Johnny who looks like me, Cam hes 16, and falcon he was 10. If there was a fight we were all in it there were 10 kids at the group home. But one day when dom got kicked out of the apartment for a while falcon was up there replacing him and another day i let Dom, Johnny, and cam up stairs by sneaking pass alarms. The next day the staff found the latter and i said no one was upstairs and Falcon said im not snithcing giving us away i said bitch you is a snitch, we were arguing so the staff said go we both were thinking about she ment fight so he ran after me (he weighs50 pounds more than me) head but me into the wall and dented the wall i got pissed and hit him so hard he did not get a real punch he fell to the ground and next thing you now there was blood all over my hand and on his nose. After a while dom moved back up then he got in trouble agian so johnny moved up. I was going away on a day to get adopted and johnny was going to his dad’s luckly we all were able to get pics in but sadly we were missing cam who was 16 i missed him he got kicked out of the group home. I got adopted talk to gabe dom and johnny sill. And i’m liveing the good life and play basketball as a lockdown defender. Thx for reading and being my real brothers. I haven’t seen my sister in 5 years. Brother #1 4 years brother #2 6 years brother #3 2years brother #4 2 years brother#5 3 years, LOVE YALL and my bros they don't want me to @ them

how long did it take to write all of this

no not rly, if he had to think, its all made up

As in knowing what exact words you are going to use to describe your experience and you have to go back and memorize what happened in those moments.

as in knowing that this is for clout chasing idc

NO ZADDY'S STORY IS CORRECT

yes i do know

no way more then that

i don't care how many wpm

Happy B Day and I'm also a lockdown defender :)

i don't if you talking about Jerami Grant or u IRL

This is a joke right?

Wrong your but ok

You're a fucking joke you cunt

no this is my real life story

Imma do my own

didnt expect to see u on @BALLINLIKEBONGA page

I wanna believe this but i don't know

it's all true actually

I mean if you said it's true then i'll believe you

keep ya head up lil bro

sorry ya had to go through this