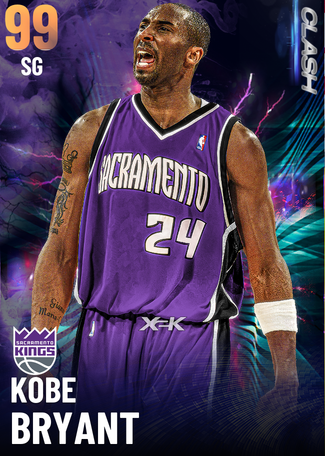 new sneak peek for a set coming soon, based on players from teams who are swapped to a team which they had fierce rivalries with.

I already know what’s gonna happen to this....

you have a point

why was sacramento their rival

in the early to mid 2000's kobe and shaq met with the extremely well balanced kings many times in the postseason and most series went to 6 or 7 games, as well as i believe the 2001 or 2002 western conference finals which was one of the most controversial playoff series' in recent memory

yeah i think his rival was when webber was in sacramento i think?

Dub, The Kings should've made the Finals but they got robbed

Your british accent is so clean

if so we have something in common mate

nice so am i

this card is underrated

ngl, not as clean as your other swaps

what could i improve about it?

not sure, just seems a bit off, like the text seems unrealistic or sumthin

I feel like the logo is a bit off but tbh, I really dig this card