Tell me a scary story:) 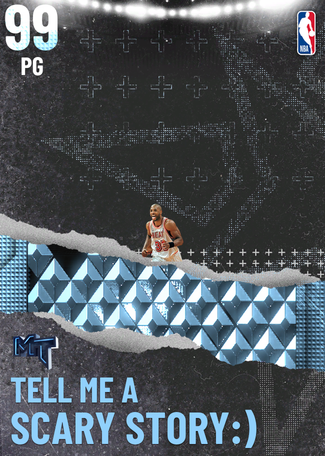 A story my friend told me.
One day, a mom and son were playing at a cemetary. The son found a random toe lying around on the ground so he picked it up and asked his mom "Mom, can I put this in my soup?" The mom said yes so when he went home he put in his soup and ate it. Then a zombie came and wanted his toe back so ripped the boy's stomach open and took the toe.

you wanna hear about something weird?

yes we are twins

one time i was born:)

At the end of a quiet road, behind a veil of twisted black oak trees, there was a house. A woman lived there. On bitter nights like this one, she sat by the fire and read until she grew tired enough for sleep. But on this night, as her lids grew heavy, she was startled by a sound. A sound she wasn’t accustomed to hearing these days. Who could be calling, she wondered? And this late? She rose from her chair and picked up the phone.

“I’m going to kill you,” a man with a deep voice said.

“Who is this?” she repeated, her hand trembling.

There was a click. Silence. She quickly dialled the police and explained what had happened. The officer told her to wait while he traced the call. After a few moments he said, “The call is coming from . . . inside your house.”

“That doesn’t make sense,” she said. “How could someone be inside my house?”

“He probably broke in,” he said.

“And that’s not everything,” he said. “I’m not a police officer.”

“No, I’m the killer guy from before. I never actually hung up.”

The man made a clicking sound with his mouth. “Like that?” he said.

“So, are you really inside my house?”

The man’s breathing grew heavier. “I like your hair,” he said.

“If you can see me, then what am I wearing?”

“Looks like a blouse from Banana and a skirt from . . . Anne Taylor Loft?”

“I can also see—wait, what the hell is that?”

“There’s a person, a ghost hovering near you.”

“It’s sort of hard to trust you after the click thing.”

The woman turned and gasped, “Oh my god, I see it! I knew this place was haunted.”

“Jesus Christ. Is it a kid? Eww, he’s all translucent.”

“I think he wants to play. He’s holding a kite.”

The ghost boy floated closer and spoke: “Play with meeeeee.”

“Put me on speaker.”

“Why?” the boy said, cocking his head to one side. “Playing is fun.”

“Who are you?” the ghost boy asked the woman. “Why are you in my house?”

“Douglas is hiding somewhere in here to kill me, right, Douglas?” Ellen said.

“That was the plan,” Douglas said .

“And you guys are scared of a kid with a kite? Jesus,” the ghost boy said.

“A dead kid with a kite!” Douglas said.

There was a heavy silence for several moments. Suddenly, the doorbell rang.

It rang again. Ellen walked over and opened it. Standing there was a hulking man in ratty clothes, barely concealing a bloodied machete behind his back.

“Pardon me, Ma’am,” he said. “My car broke down and I was wondering if I could charge my phone in your house?”

“Sorry, I don’t think so,” Ellen said, starting to close the door.

The man shoved his foot inside. “Well, I do think so,” he said.

Ellen stumbled and fell to the ground.

“Who the hell is that?” Douglas screamed.

“I’m a homicidal drifter. Who the hell are you?” the drifter said, confused. “Where’s that voice coming from?”

“He’s a killer hiding in my house,” Ellen said, holding up the phone. “Douglas.”

“Hiding? Where?” the drifter asked, looking around nervously.

“He’s in the closet,” the ghost boy said.

“What in the shit is that?” the drifter screamed.

“I’m a ghost. I used to live here like a hundred years ago. Oh, and let me guess, you don’t want to play with me.”

“What’s going on is no one will play with me!”

“For Christ’s sake, no one’s flying a kite at night,” Douglas shouted. “Give it up!”

The ghost boy began to cry.

“Now you made him cry, Douglas,” Ellen chided.

“Sorry if I’m a little on edge because you let a killer into the house,” Douglas said.

VIDEO FROM THE NEW YORKER
Surviving a Lynching

“Second of all, you’re also a killer, Douglas.”

The ghost boy smiled. Everyone seemed to calm down a bit, until the doorbell rang again. Ellen walked toward the door.

“DON’T!” the three others shouted.

She opened it and peered outside. There was no one there, just a large wooden box on the front step.

“There’s a box out here,” Ellen said. “There’s no label or anything,”

“I have a bad feeling about this box,” the drifter said.

“I hate this box,” the ghost boy said.

Ellen ignored them and carried it inside. She turned to the drifter. “May I?” He wiped his machete on his pants and handed it to her. She popped open the top, reached in, and pulled out a tattered clown doll with a sinister grin.

“What is it? What is it?” Douglas yelled, through the phone.

“I don’t want to play with a clown doll,” the ghost boy said, beginning to cry.

“Why don’t we just put this thing back in the box before it gives us all nightmares, O.K.?” the drifter said.

“Look, there’s a string,” Ellen said, pulling it before anyone could object. The clown began to wheeze, its eyes shifted from side to side, and an eerily cheerful song emanated from its open mouth.

Welcome to my circus,

My circus of fun.

You’re all my guests inside the Big Top.

I’m going to kill you all, basically.

The clown let out a terrible cackle.

“Really psyched you pulled the string, Ellen,” Douglas said. “I mean, come on_!_”

“What does the clown mean?” the ghost boy asked.

“I think he was pretty clear,” the drifter said, wringing his hands. “He’s going to kill us all . . . basically.”

“How’s a doll going to kill us?” Ellen asked.

Each of them silently surveyed the room in anticipation. Suddenly, the lights went out.

“What happened? Who did that?” the ghost boy screamed.

Through the darkness, Ellen let out a cry, “Oh no!”

“Ellen?” Douglas screamed, “What is it?”

“It’s the clown! It killed her,” said the drifter, his voice shaking. “And we’re next!”

Seconds later, the lights flashed back on. Ellen’s hands were raised to her face.

“My stupid contact lens slid out of place,” she said, spreading her eyelids apart, and poking at her pupil. “So annoying.”

“Oh, please don’t do that,” the drifter said, squirming.

“Touching her actual eyeball with her actual finger,” the ghost boy said, wincing.

“It’s a real slippery one,” Ellen said, maneuvering deeper into her eye. “Can’t get a grip on it.”

The drifter raised his fist to his mouth with a grimace, as Ellen pressed her thumb against her wet, quivering eyeball for leverage.

“Ugh, now I think it’s folded up under my lid,” said Ellen, stretching her lid out. “Can someone look and tell me if they can see it?”

The ghost boy faded into the wall, saying, “I’m out.”

She heard the front door opening behind her. “Drifter? You, too?”

The drifter turned to her with a dazed look, “I hate this place so much,” he said, then dropped the machete from his limp hand and walked into the darkness

ok then. A for effort

fuck a story i got facts

once apon a time some morron made this photo

lmao thats the pic sent you

u son of a bitch wanker

its real bro,someone made that shit hell its even my new background saver now no cap

One day a guy said baseball is watching paint dry.