Card by bamisgoat 9 days ago 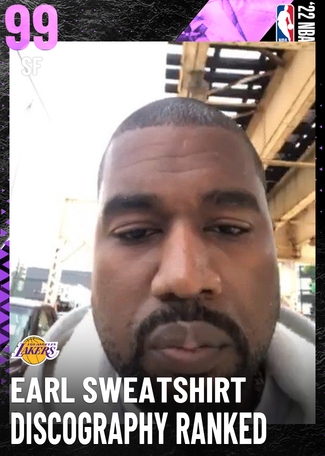 EARL gotta be an 8.
I mean...The swift production by the then 19yro pre-primed (Tyler, the Creator) makes it all that better. Even though the whole tape is gory, and it was very much intended to sound that way (not to mention that around odd future's establishment, most of them came out as atheists), and even though it was very offensive to some people, that shit smacks. Vince Staples' verse on epaR was evil, but fye as hell. Then Moonlight's production was fye. lastly, I CANNOT forget about Stapleton. The flow, the beat, the EVERYTHING was on point. The tape is most deff a classic IMO and is widely underrated. However, Samoa changed Thebe. Doris... Man that's a different story for another day, an easy 10.

Some Rap Songs is legendary

Despite the album cover