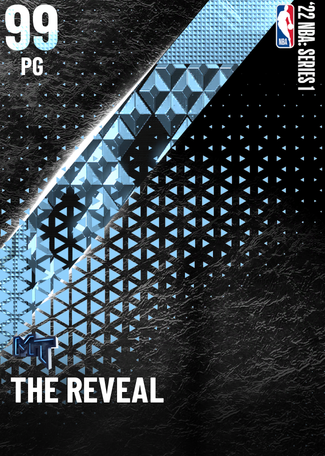 And just for fun
https://www.youtube.com/watch?v=ZeY4bTEgPQI

I'am here to say I'am The guy who has been stealing my own cards. @bryh3000 You might ask yourself why? Well I'll give you some answers it was fun, and this site hasn't been fun lately. So there is that. I didn't have the guts to actually steal a card so this is what I did. And yes I do have over 100 alts now not 48. Peace out, it was fun while it lasted. Also I have made a plan to stop making cards. It just hasn't been fun anymore. It was a fun time on this site 2kdb and all the discord servers. To think I started off stealing pngs,it's crazy to see where I'm at as of now. Of course everyone says this type of statement so it's nothing new. A tone of us started off that way. There are too many people to thank for my growth as a card creator, so I won't. I think you already know who you are. So yeah, I'm done with card creating and don't plan on coming back. I will also no longer be active on 2kmtc or 2kdb starting Sunday, it depends on the events that happen. I know I said Sunday but don't expect me to be active on Friday or anyday after that. Once again it was fun while it lasted but I'm out. I do however wish I got here right when 2kmtc was a thing so I could see a tone of card creators at their highest level. You can try finding me on discord if I don't answer, just know I'm not there and I'm not ignoring you. It would really hurt me if you felt that way. If you got all the way to the end of this comment thank you very much. And I don't care if you don't Believe in him or not, but I will say may God bless you. Once again peace out. This is cap by the way I'm not leaving 2kmtc forever or 2kdb and I will still be active. But yes I still am @bryh3000 and again I did it to bring something to this dead site. So not peace out for now because I still will be here.

Damn what a way to go out

Goat? To put me in there is an overstatement.

for him, no. look at when the acc was made

well I mean that's because you likely don't know @The_NBA_Studio or @LOKxICE or @GamerVince_YT or @SupremeGarcon or @DrZedd are. I'm guessing you know who @PaulinoD @DEEPINTHEQ15 @BonesNBA @Jairus872 and @8thGFX are though. These guys are miles ahead of every single creator still active here right now and every creator that's made cards on this site in the past.

name some of your alts

lol I found a mod that I didn't even know about https://2kmtcentral.com/users/266914/alphawkm

lol i knew about him. nigga did nothing his whole time here

@keepthebeat is a mod too i think

wow. bruh. you better not leave here though is the only thing ill say. im dissapointed you thought stealing cards would be a good thing.

And it was a good thing.

Not stealing reposting my cards.

making us think they were stolen i mean. i literally made a card to 3dman because of the stolen shit

How many alts do you have?

i knew it was you, you're a bad liar

nah i commented and said it was you

Yeah But I made you think I was @*reatorzen_

WHAT THE HELL EMAN

shut the fuck up mark henry

Mid rapper + he in hell

Why Not
- Russell Westbrook

cant believe bol bol is on the celtics

im so sad as a nuggerts fan

Nuggets didn't even play him

That sucks. But it sucks even more that the celtics let Tacko go.