I sold the game and don't plan on buying it back until they fix it. I still come on here to see what the myteam community is saying about the game cause maybe I'll buy it back later on but for right it's not looking too good.

I do do the weekly challenges at a buddies so if I do get it back I'll have something to build off of but even doing those hour worth of games, I still want to off myself

And I honestly didn't even know LD2k left, I haven't been keeping up to date with the game creators

Yeah 2k community is falling apart and I think EA finally may have the upper advantage right now. The game looks solid and they content in their myteam mode is actually good.

I'm not mad about it but can you please tell me why it got banned for a year? Really annoys me you guys dont care to tell me why i got banned. It would be great if you could unban me if it was a mistake.

That's more than a scam, that's straight up illegal lol and it's not even an arguement. It's sad to see that most people still don't see this

Yeah your right. 2k needs to be put in court and be shut down. I also spent over 700k mt of packs for Kareem and I have like 400k left. I didnt get the amethyst Kareem :(. Im pretty much gonna stop playing 2k besides the weekly challenges and maybe a supermax game here and there.

I've made multiple threads about this and all you'll get are idiots who come and say shut up and the fact that they spent $250 on the Kareem packs isn't part of the reason 2k won't change.

the community could honestly launch a class action lawsuit against them for their false advertising and excessive use of players as pawns for ad impressions.there was a huge thread on this and it honestly wouldn't even be that hard to prove them wrong.

all you have to do is see when the "Kareem available now" ads started surfacing and and then look at the game code and see when they implemented the Kareem cards and if it's like it apparently is, where the Kareem's weren't available for about 4-5 hours after the "available now" ads started, then that's literally it. It's false advertisement and you're literally stealing every single last persons money who bought a pack for the card

That is also part of the reason. 2K is just bullshit and scams this year. It has never been this bad before.

got banned for an uknown reason... 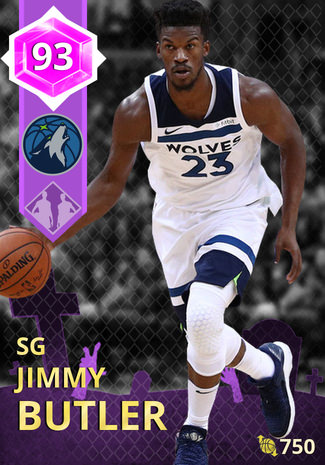 Watch out! You might get banned for making to large of a transaction!

I have A Chandler and a Millsap, What price you want em for?