Hi, i'd like to say this is the worst list i've ever seen. Starting off with J03L at 31? Do you not understand he has way more talent then a typical "2KMTC OG", he has showed alot of growth. Secondly, CMN0 at 28? You must have a slight grudge on him because I know for a fact he is wayyy better than jmmstate. Jmmstate at 21, you know he didnt really work for panini, you didnt really understand he makes the same exact template assests on every card. Rebel at 10? Still dont get how disrespected rebel gets, he is almost a clone of PaulinoD, just less active. Youre seriously putting bty whose gems looked like dollar tree cotton candy ahead of him. Where am I. I understand I havent made recent cards but I feel as if I'm the only one on this list that deserves it who isnt. And why tf are you even mentioning yourself in the top 10? Like you have to understand your not the best designer on the planet, you can be but your not their. Saying your the 7th best on this list is so cringy. Coming from a guy who wasnt the greatest at cards. And also, that motion blur all around your cards arent it. Start humbling yourself and stop acting like your Hollywood.

And yes, I really understand this isnt a big ass deal, but I have tremondoius ego when it comes to card rankings ;). Still love you but you really don't know how to rank.

For some people, many thought I left the site and would never be seen again, on any media platform, whatsover. So for the people who dont have a great idea where I have been, I left this site Oct. 8, the day before everyone left the site due to the cards getting 404'd by alts and people trying to ruin the success that was on this site for many years. I left knowing I would never return to the place where I loved, I got through bullying on this site, death thereats and many more, but now looking at it 5 months later, this site wasn't a big deal. I see no point alt boosting a card when there is only about 50 actual people liking the orginal card, or on the site. It makes no sense whatsoever, what are you trying to gain from winning a "COTD" or "COTW", clearly you dont get a prize or metal for your work, honestly just shows the immuturity on this site. For you kids who think 404'ing is cool, its not. All it did was not only delete cards off the site for other content creators but really for our own enjoyment. And you made 75% of the sites greatest creators leave to the fact we dont like get picked off for work we put in. Imagine putting this in your shoes, working 7+ hours on a swap/card and you love how it turned out, just to know 5 hours later your card would be 404'd and never seen again.

Again, I also feel the mods/owners have honestly done a terrible job trying to "fix the problem". I want to apologize to bakedizzle and conman for calling me names in October since I was pretty pissed at what happen. You guys care for the site, active majority of the time except tupac, the sites owner. The site has not been updated visually in 6 years, drafts are terrible, alts are out of  control, bots now finding a way in the site, it is just a mess but they still have not figured out a real way to atleast show us creators/users of the site that they actually care about the site.

Trolling on this site makes 0 sense. Just being honest your probably just talking to your alt in an arguement trying to start card beef. It makes no sense, trolling others for what benfit. Are you making friends on this site, no. Many users cant take the hate and negitivity in their life because maybe their family member has died, they get bullied at school, or has no friends in life so they use 2kmtc as a way to get off of real life problems. It's not ok to bully, troll a kid becuase of their cards, comments, etc.

Back in October, taking everything over to Discord, I started a new server remaking the old COTD/COTW Forum that was ran by H4k33, where it became the new home for the card creators. Where once started with only 10 members, now has over 150+ members, card events, and design discussions. Also some of the bigger names are in this server, PaulinoD, Jarius, BTY, 8thGFX, that actually post and interact in this server and many others. The 2K Card Server itself is ran by myself, and CMN0. We have a system where cards can be liked and not boosted, we can see every person who likes. More thanthat, we also have 5 current boosters that boost the card server, which is amazing. As a thank you for joing the server, each user has access to all the 2K21 CST's Template Package, on a Google Drive. It has high quality assests, including non 2kmtc gems, templates, and more. Other than that, I am very strict on random users joining, so if you havent joined yet and would love to be involoved with all the creators, then join here → https://discord.gg/MRrjHgnx8C.

I also wanted to keep you updated with my name, my name is NOT milkman525 anymore. I decided it was time to move on from the name itself and look for a name around my personal name. My new name/nickname is cst.visuals (CST for short), which is my intials. As 2kmtc clearly doesnt have a way where you can change usernames, my name on mtc will be the same. But milkman525 has came to a rest. I also am NOT a card creator anymore, as I moved on with making constant cards all my life, as now a appproached graphic designing and started fresh with everything on Instagram. Here down below are my social media platform in which if you need to get a hold of me, I will respond:

Other than that, farewell 2kmtc community, and I will not be involved with this site until a fix with the alt boosters and 404's get fix. Cya.

THIS FORUM WILL STILL BE ACTIVE ON DISCORD! PLEASE CLICK THIS LINK TO JOIN THE DISCORD COTD/COTW FORUM. https://discord.gg/pzSe9e8. Thank you. And for now, goodbye.

yeah lets see that happen with 5 users. What fun

u can see that part of the gem is 2kmtc and part of it is custom, and i would say u didnt do a "perfect" job of puting those together

Lmao i don't use anything that is provided on 2kmtc. I get the majority of my assests from database sites that have full quality in-game cards. Clearly I must have made a mistake and that will be fix asap.

i can definitely see imperfections on ltachs card, but cmon, milks card sucks compared to ltachs

First off, it isn't even clone stamping lmao, that is literally how my gems look all the time. And second, no one is really focused on the gem part of the card, clearly its fucked up atm and will try to fix that asap, its just a basic V.I.P card, and half the users who post here use the 2kmtc gems eitherway. Keem is the only one to make these decisions, so whats the point of complaining why Itach should have won when it's not even your card. Clearly Itach isn't bothered by it, so let it be. 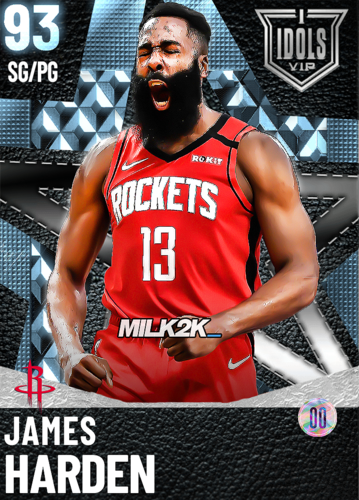 It has been 4 weeks on the 2K21 COTD/COTW Forum, and we have finally seen the great @LOKxICE come through with another great set, "Timeless". As for now has 2 COTD's but as it looks he will have 3 tommorrow. Started off early this year, @8thGFX's yet again won 3 in a role as he is the firs user to reach 10 COTD's on the forum. Big congrats to him. Then, on Thursday, my Vince Carter got COTD, which grabs my first on the 2K21 Forum. Other notable creators that have amazing talent but did not win this week, @GamerVince_YT, @CMNO, @JonasJerebkoBurnerAcct, @Xx_MoBmaba_xX, ,@ooferdoodle, and many more. You guys have serious talent and will have great success in the future!

MAKE SURE TO VOTE ON THE CARD THAT LOOKS THE BEST IN YOUR OPINION FOR COTW. Please, do not randomly vote because you feel bad for them or you are friends, please pick the best looking card out of the 6, and remember 1 PT. is rewarded for a COTW vote, so make sure your cards going into weeks ahead are better than the other 6. 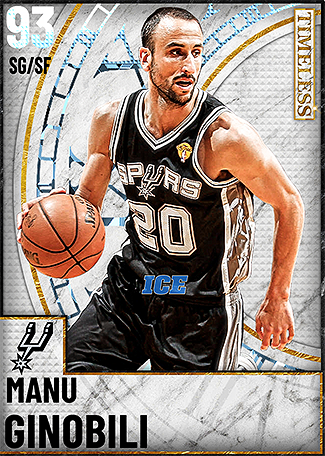 he rose from the dead